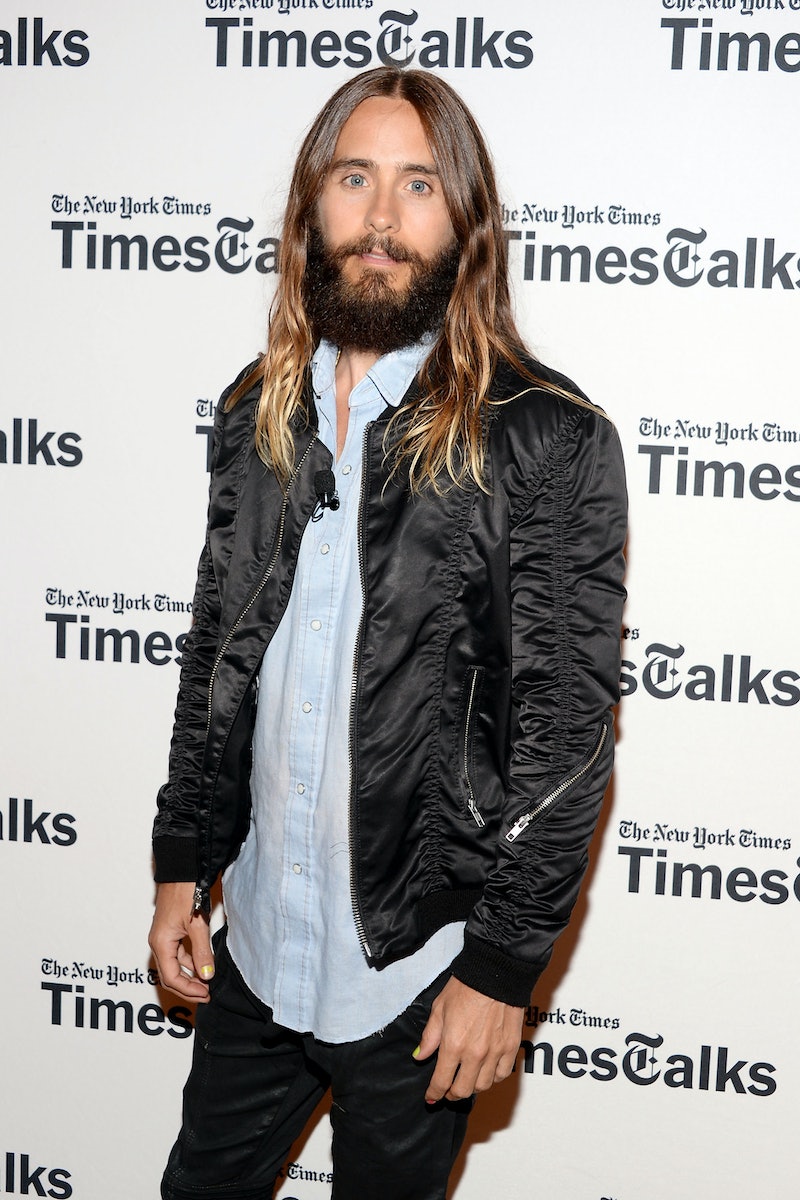 Move over, Justin Theroux there's a new ridiculous bulge in town. On Wednesday, the Internet discovered Jared Leto's huge bulge and, well, I'm really going to need an explanation for this one. Like Theroux, who addressed his flopping Leftovers package, and Idris Elba, who admitted having a mic wire in his pants, the Dallas Buyers Club star needs to confirm or deny whether or not the junk in his pants is, in fact, just his junk. In a video from a recent 30 Seconds to Mars concert that's since become a screengrab and gif that you can't un-see, the band's frontman reaches down and grabs something that's roughly the size of a Chipotle burrito in his shorts. See, that's why you can't un-see it.

I mean, I can't think of a better place to keep your post-show Chipotle burrito than in your pants. Well, except for the fact that I'm sure Leto has a perfectly good dressing room to keep his vegan burrito warm in. Sure, sometimes you're really attached to your food and you don't want to let it out of your sight. Maybe he was accepting a challenge of bringing food onstage without people knowing — I've had to get creative when sneaking my Chipotle burritos in the movies from time to time. There has to be another explanation for this, though.

So, until Jared Leto comes clean about what's going on down there, here are some explanations for that massive bulge.

If you're going to carry anything in your pants, it might as well be a burrito.

A Bottle of Coconut Water

It's easy to get parched when you're a frontman.

Those locks take serious grooming, at all hours of the day.