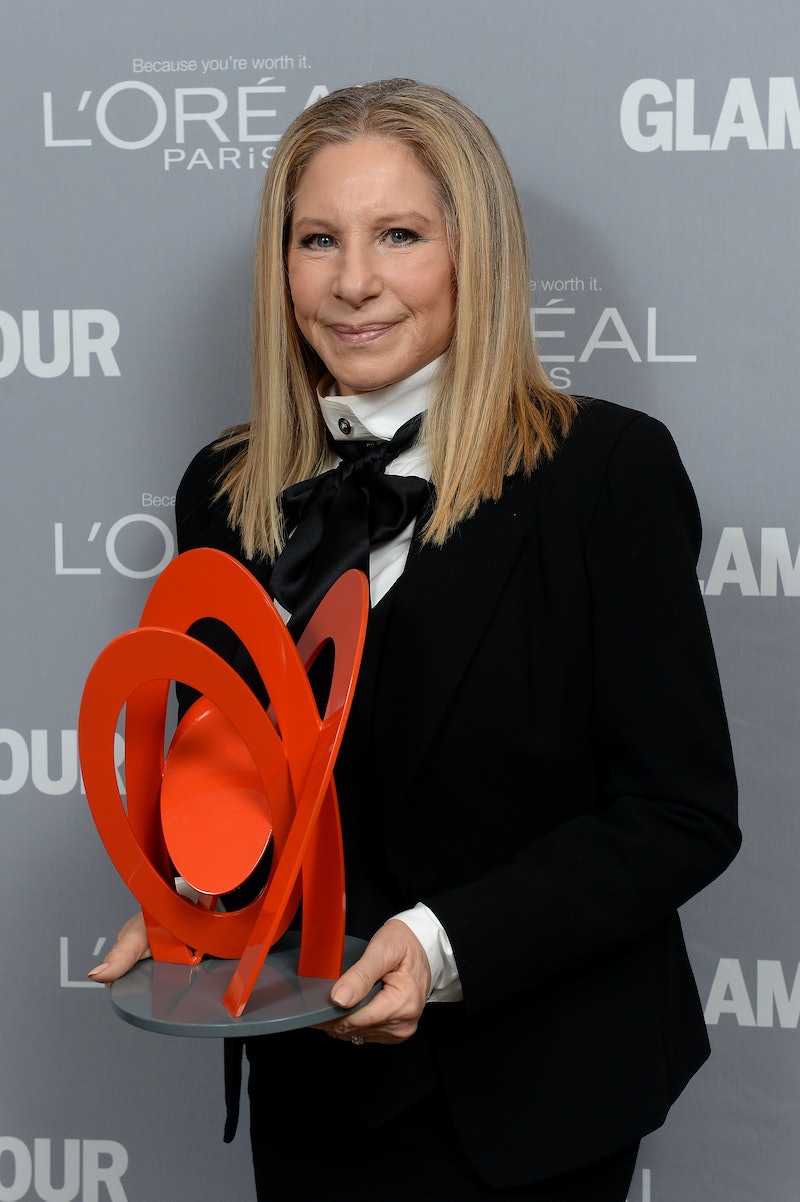 An unquestioned Queen is gracing late night television with her presence for the first time in about 50 years. Somewhere in TVland, The Nanny's Fran Fine is praising Barbra Streisand and the next generation will now get a chance to as well. During his Wednesday night broadcast, Jimmy Fallon announced Streisand will be appearing on The Tonight Show on Monday, September 15, presumably to promote her new album Partners that comes out on September 16. But who cares why Streisand will be on The Tonight Show, really? All that really matters is that Streisand will be on a late night talk show and that is seriously amazing.

The last time Streisand actually appeared on a late-night show was in 1994 when she cameoed on David Letterman, but this is her first time as a guest in a long, long time. Her album, Partners, will feature duets with such iconic artists as Billy Joel, Stevie Wonder and Blake Shelton and, quite honestly, I can't imagine that any longtime Streisand fan isn't already lining up to buy the album and snag a seat at The Tonight Show filming. Combining someone as amazing as Streisand with someone as hilarious as Fallon is going to make for one hell of a show.

If you're at a loss for how to react to this news, let Nanny Fine show you the way to Babaraism.

When you find out Streisand is going to be on TV

When you're not sure if you can actually go

When you imagine that you're Barbra Streisand

The moment the Tonight Show is over

More like this
Kaley Cuoco & Tom Pelphrey Just Made Their First Public Appearance As A Couple
By Hugh McIntyre
Selena Gomez Joked About Her Relationship Status In Her ‘SNL’ Monologue
By Grace Wehniainen
After 'Heartstopper' Used This Indie Artist’s Song, Streams For It Soared 8,000%
By Alyssa Lapid
Taylor Swift Knew Hayley Kiyoko & Becca Tilley Were Dating 4 Years Ago
By Grace Wehniainen
Get Even More From Bustle — Sign Up For The Newsletter