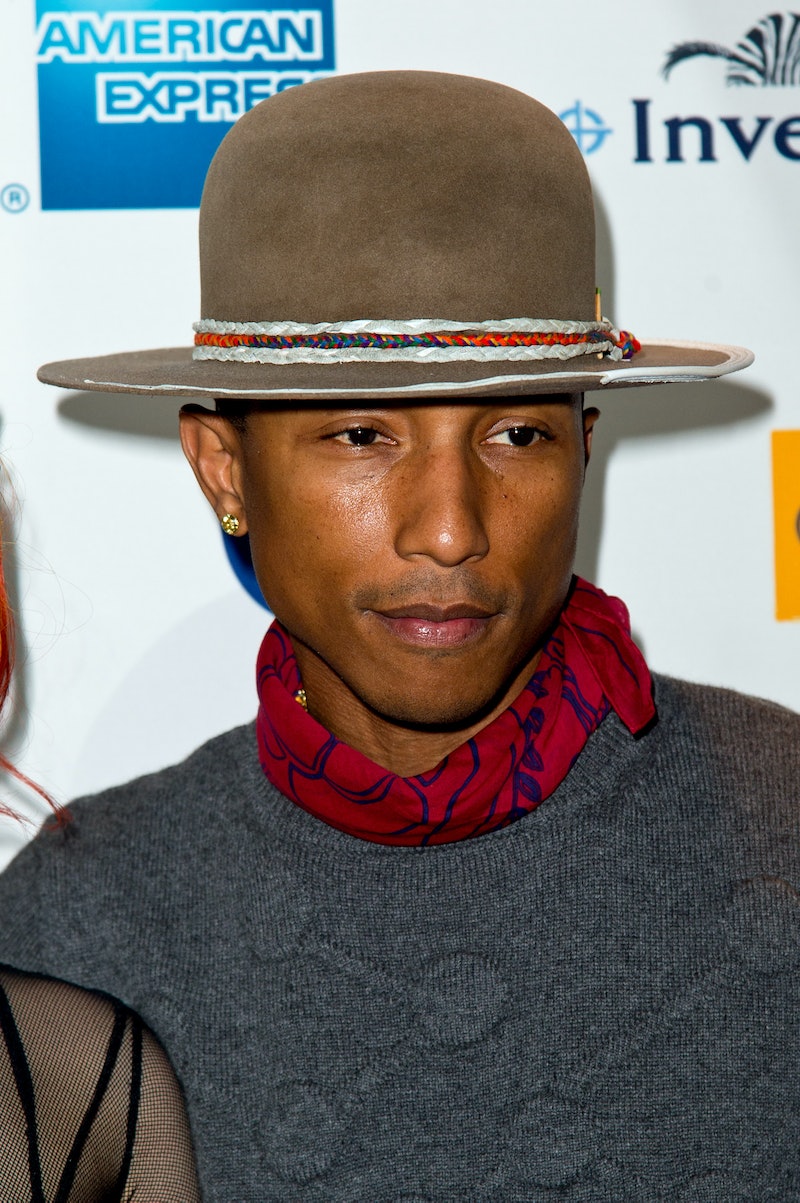 Pharrell Williams, the eternally ageless singer, rapper, and producer, may not be the most socially conscious star — he made the common mistake of wearing a headdress as just a quirky accessory on the cover of Elle UK, and he still doesn't seem to completely understand the criticisms of "Get Lucky" — but Williams is one of the most intelligent and outspoken celebs of today, and he's proven that yet again with an appearance on Don Lemon's show on CNN. On the show, Lemon asks Williams about his opinions on Ferguson.

And Williams doesn't just express his opinions about social justice when questioned about them, he incorporates them into his work, as well. Although Williams may be a little confused about how the term "feminist" can be used, he's often spoke about how he's a supporter of women's equality. On The Ellen DeGeneres Show, he spoke about why women were the inspiration for his album GIRL:

Instantly, I knew I wanted to give back to a demographic that had been giving to me and my family for over 20 years, and that was women. I needed that word to read differently in any text, that it would be lucky enough to be written about. I wanted that word "girl" to be bigger than anything else in that entire paragraph.

First of all, I have a huge affinity for [women], but at the same time, there’s a lot of inequality. You know how that goes. Still to this day, it’s what, 73 cents to every man’s dollar? Last I heard, the only way for this entire species to come into existence is through the portal of a woman’s body. We’re a species that has had a space station floating around the Earth for over 20 years. We even have a rover on the surface of Mars. How can we be the same species… that tells women what they can and can not do with their bodies? How is that possible?

Williams has become a huge pop crossover star since his days in N.E.R.D., but he's still trying to bring his progressive attitude back to hip hop. Williams may not rap much anymore, but he did explain the motivation behind the lyrics for his guest verse on Future and Pusha T's "Move That Dope" to Pitchfork:

I was trying to get the hustlers who would be listening to a song like that to just pay attention. I wanted to illustrate that times are changing. I can’t really tell nobody what to do, but yo… like, there are drones. For over 20 years we've had satellites that can tell you what side a penny is on on a street from space. The line is: "All these drones/ While y’all smoke dro/ There’s an eye in the sky/ I’m trying to let y’all know/ Ain’t no standards/ I’ma set one, though." I was saying: Man, the gun shit is not funny. It’s not a game.

So while you may or may not be a fan of Williams' music, it's nice to know that there's more to the man than just 24/7 "Happy." Williams may not get it right all the time, but he's one of the few pop stars paying attention and using his stardom to send important messages about government, media, and social change.