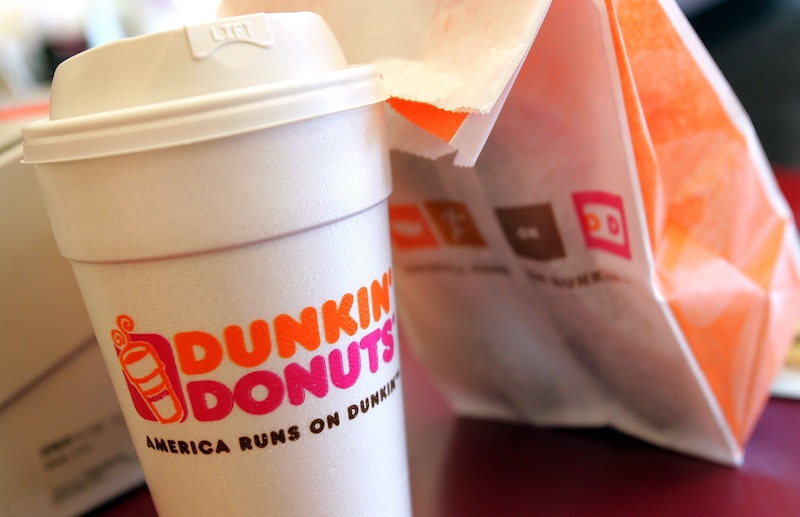 Donut lovers of SoCal, I have wonderful news for you. Last Tuesday, Dunking Donuts opened their first California location in decades in Santa Monica. Feel free to commence rejoicing at this time (unless you've already waited in a two-hour line for a taste of that sweet, sweet Dunkin' Donuts iced coffee).

According to What's Trending, residents of California have been “begging” the East Coast donut franchise to open a location in the Golden State. Finally, on September 2nd, the donut chain gave into the state's need for Coolattas and breakfast sandwiches by opening their first LA location in decades. Dunkin’ Donuts President Paul Twohig tells the Los Angeles Times that the franchise has been “asked to bring Dunkin’ Donuts back to Los Angeles for many years” and that the company is confident the chain “will quickly become an integral part of Angeleno’s daily routine.”

But will it, really? Based on their initial reactions to the opening (and the breakfast sandwiches), I'm thinking yes.

What's Trending notes that folks waited in line for as long as two hours just to get in on the hype. Buzzfeed Yellow even interviewed a few California natives and filmed them trying out Dunkin' Donuts for the very first time. The general consensus: they loved the breakfast sandwich, and the donuts, but the whole "pre-mixed iced coffee" phenomenon weirded them out a little (though they eventually admitted to enjoying it). Take look:

Between the introduction of almond milk to their menu, to rolling out their fall products early (pretty sure I was wearing shorts and a tank top that day), it's clear that Dunkin' Donuts is on a serious mission. Watch out, Starbucks.