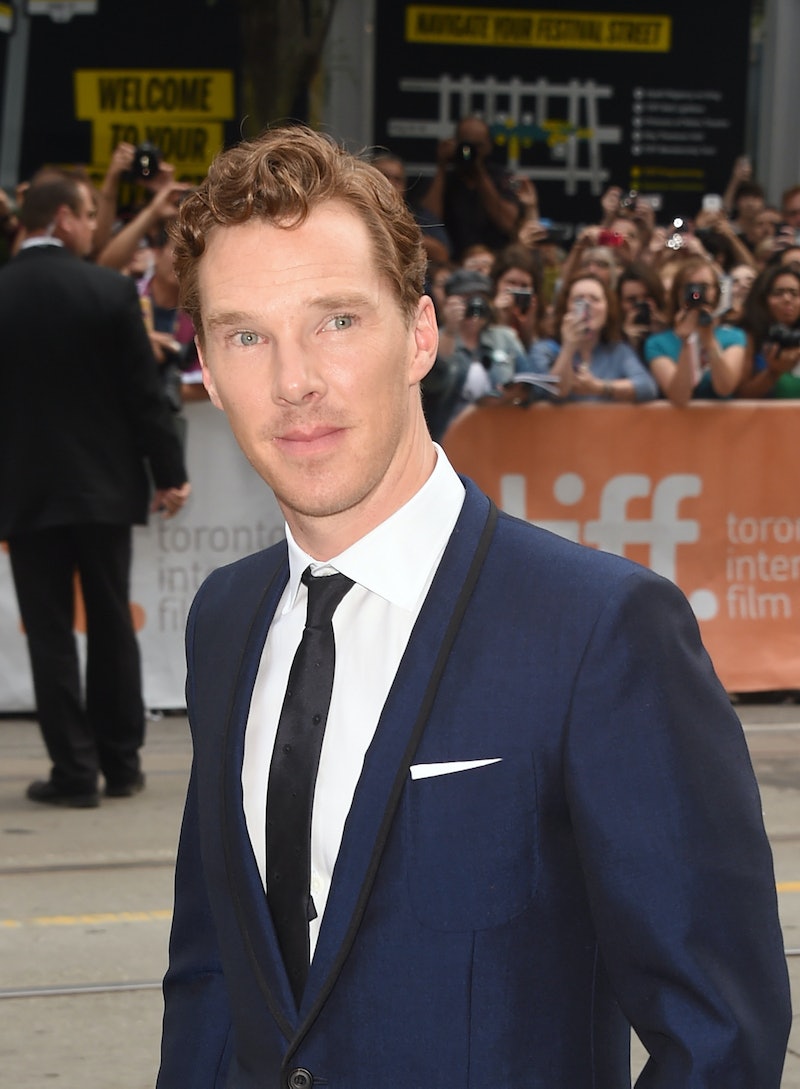 If it wasn't so damn hilarious, I don't think I would even be able to watch this clip — that's now cringeworthy and "yikes"-inducing it is. During a Q&A in Toronto to promote his new film The Imitation Game with the rest of the cast (including an extremely lovely-looking Keira Knightley), Benedict Cumberbatch took some questions from fans that I guess he presumed would be about the film. Clearly, though, he doesn't look at his tag on Tumblr, because presuming any fan would ask him about the film was a mistake. A complete and utter mistake. Instead, the ballsy fan asked Benedict Cumberbatch if she could, and I quote, "feast on [his] yumminess."

How flustered Cumberbatch gets is adorable, yes, but — YIKES.

Knightley looks amused as hell, which is totally understandable, and Cumberbatch goes on to respond the only way he knows how: Politely, despite how awkward he feels.

"I'll answer the first part of your question, which is . . . Christ. Sorry, I'm taken. I did not go into this Q&A about a gay icon who killed himself at 41 thinking I'd have to answer questions from someone who wants to taste my deliciousness."

Yeahhh, I should mention at this point that The Imitation Game is about Alan Turing, a legendary British mathematician and computer scientist who cracked Nazi Germany's Enigma code — a key step in assisting the Allies in winning World War II — and was later arrested as prosecuted for maintaining a homosexual relationship in the 1940s. It was during a Q&A for this film that a fan thought it would be a suitable time to ask if she could "feast on his yumminess."

Yep. Check out the video below.