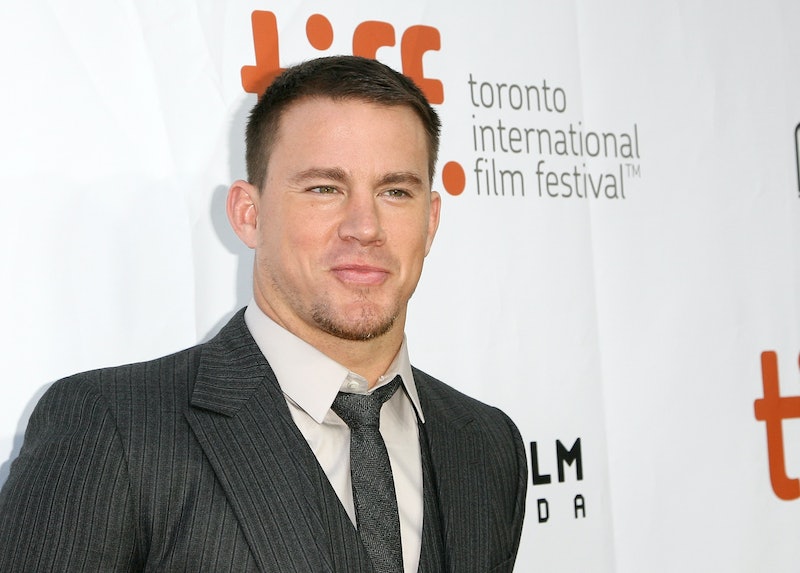 It's OK, Channing, we all have our fears. I'm terrified of those characters in Sesame Street costumes that hang around Times Square. But fortunately for me, Ellen DeGeneres has not bombarded me with those horrifying costumed-creatures, but unfortunately for the 22 Jump Street star, she did force Channing Tatum to face his overwhelming fear of porcelain dolls, as evidenced in the video below. To be fair, porcelain dolls are kinda terrifying. They have those glass eyes that always seem to be looking directly at you with some sort of creepy, vindictive agenda. What, bitches.

But it would be unfair for Tatum's daughter to miss out on the historical joy of having an American Girl doll, right? Fortunately for his daughter — and for Tatum — DeGeneres shows Tatum possibly the single most horrifying porcelain doll you've ever seen. If he is forced to look at a doll that looks like an undead and diseased daughter of Morticia Addams, then perhaps he'll be able to get his daughter one that's a hell of a lot creepier than this one. And let it be known that DeGeneres is here to help, not to hurt.

Think of all of the doll shopping he can do now. (He probably won't. This exposure therapy session doesn't seem to work too well.)