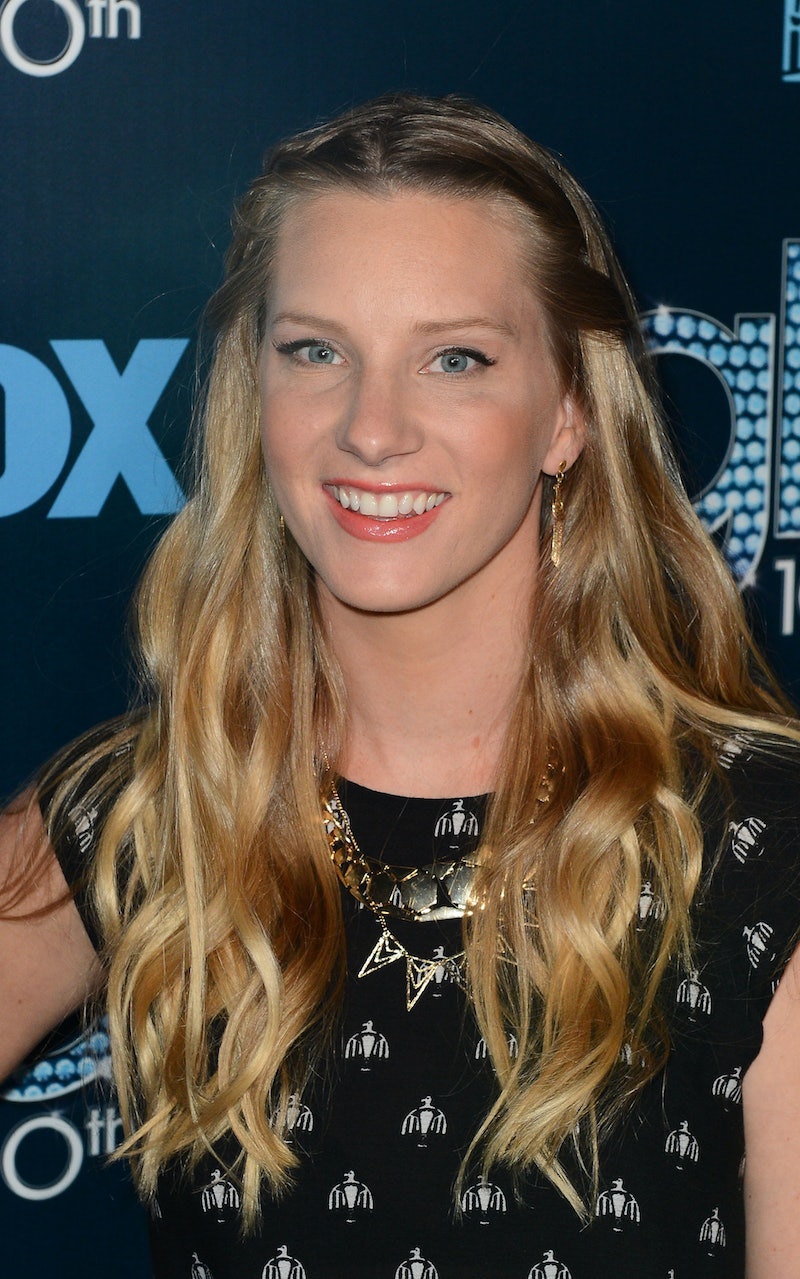 Great news for Brittany Pierce fans, Heather Morris will return to Glee for their final season. The news of her casting comes on the back of learning that Dianna Agron, Mark Salling, Jayma Mays and more original show members will also be back for Season 6. Knowing that Morris will be joining them is great to hear, but we hope this "return to the roots" campaign for the show doesn't mean Morris' character Brittany Pierce will be relegated to a background role like she was in the early seasons.

And as much as I love Brittana, with the downsizing of Naya Rivera's role, her character Santana won't be featured as much. It's hard to know if there will be time enough to give their relationship the wrap-up it deserves. But Morris' character is much more than just one half of Brittana. Having her back on set full time opens up a lot of possibilities for her character to get real story lines this season, instead of just being the dumb blonde who is confused most of the time.

Here's hoping Glee gives Brittany the spotlight she deserves in the final season. And if they're short on story ideas, here are some possibilities.

Brittany got recruited by MIT while she was still in high school. Surely there's some way McKinley High can put that genius to good use. Perhaps she can take over Will's Spanish class because we all know he's a pretty terrible teacher.

THE RETURN OF FONDUE FOR TWO

What if Season 6 deals with her web show going viral? Brittany can sing about handling Internet fame. Maybe she and her cat co-star can even perform a duet.

She has enough Cheerios experience to be a pretty good coach and she'd motivate with encouragement instead of threats like her predecessor Sue Sylvester.

SHE AND RACHEL BECOME THE NEW POWER PLAYERS

Forget Kurt and Blaine, it should be all about Rachel and Brittany in Season 6.

What if, in a shocking move, Brittany moves on and doesn't incestously date anyone who is also a singer? Think of all the drama that can occur in a relationship where they can't just sing it out.

BRITTANY STOPS BEING THE PUNCH LINE

Season 6 should have a big twist in that it's not going to rely on Brittany's unique thoughts for jokes anymore. Instead the writers will have to pen purely entertaining episodes.

THEY DO ANOTHER BRITNEY SPEARS EPISODE

BRITTANA GETS THE ENDING IT DESERVES

Even if Naya Rivera has been demoted to a guest starring role, Santana and Brittany deserve an actual ending. They got back together in Season 5 but then their relationship was kind of ignored for the rest of the time. Having a lesbian relationship on the show was important to a lot of fans out there struggling with sexual identity, so these two characters need to have a resolution that honors the importance of what they've done for TV and for their fans.

We've met members of almost all the other Glee club's family but Brittany's remains a mystery. Are you not dying to see the parents that raised a free-spirit like her?

SHE GETS A CAREER

Brittany's character was never given much attention in the show until she needed to be written out to have a baby in real life. We know what Rachel and Kurt and Blaine and even Santana all want to do with their lives, but it would be fun to see Brittany get some sort of future goal to work towards. Does she want to be a teacher? A cat shelter owner? Give her some depth!

Who knows what Brittany will be up to in the final season, but I just hope she isn't relegated to a background character again. Her singing, dancing, and acting skills are excellent and she deserves to be front and center—at least for a few episodes.