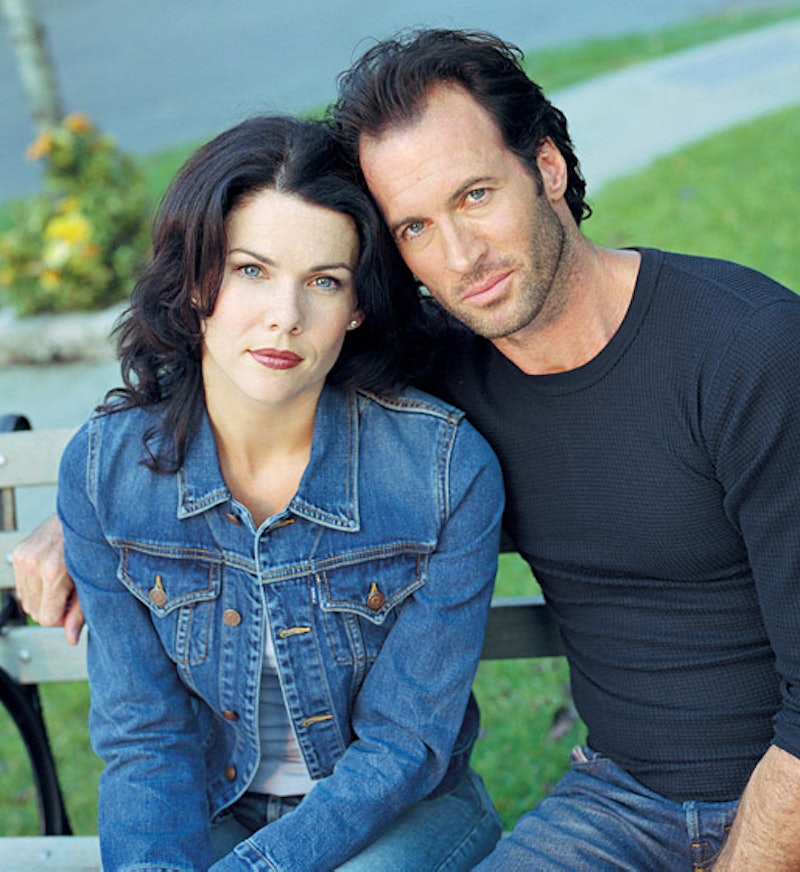 As most of you probably know already, Gilmore Girls is coming to Netflix in October, which is pretty much the most incredible news ever. Not only does this give diehard fans the opportunity to relive all of their beloved Stars Hollow memories, but it also allows those who have never seen the show before (gasp!) the chance to finally see what all the fuss is about. And while there are many, many wonderful aspects to love about this series — the witty dialogue, the sarcastic one-liners, the endless appreciation of coffee — there is something, or rather someone, that’s guaranteed to make the binge-watching experience all the more enjoyable. His name is Luke Danes.

His nephew Jess Mariano may get a lot of the attention at times, but this backwards-hat, plaid-wearing diner owner is by far one of the best male characters to ever grace our television screens. His manly, rugged exterior combined with his inner-sweetness toward two certain Gilmore girls proves to be an epic combination, causing many teenage girls and grown women alike to swoon uncontrollably (yours truly included). Seriously, this guy will end up ruining all future boyfriend prospects for you. He’s just that lovable. Where he leads, you will most certainly want to follow.

But hey, I wouldn’t expect you to just take my word for it. Here’s definitive proof why Luke Danes makes the ultimate television boyfriend.

When Lorelai opened her very own inn, Luke could not have been more happy for her. It was her life-long dream and he was beyond thrilled to see it come true. He even bought her flowers to commemorate the occasion, which if you know anything about Luke, is a pretty big deal. This guy doesn't just go and buy flowers for anyone, which is a big part of what makes this simple gesture all the more special.

Rory may not have been Luke's daughter biologically, but he was more of a father figure to her than Christopher ever was. Through triumphs and break-ups, Luke was always there to lend an ear or even an awkward hug. And remember the time he helped move Rory's mattress into her dorm… and then out of her dorm…. and back into her dorm yet again? (LOL) If that's not a sign of real, genuine love then I don't know what is.

He Cooks and Makes the Best Coffee

This man owns his own diner. That means you would have access to an unlimited supply of pancakes, bacon, burgers, pie, and coffee. That's the American dream, people!

He Knows What's What

Kids can be great, but let's face it — kids in a movie theater are the absolute worst. Preach, Luke! PREACH!

And Understands the Need to Vent

Got a complain that you just really need to get off your chest? Luke is the perfect guy to blow off some steam with. Not only will he actual listen to your problems, but he'll even bond with you over his mutual loathing of the situation.

He Can Sweep You Off Your Feet