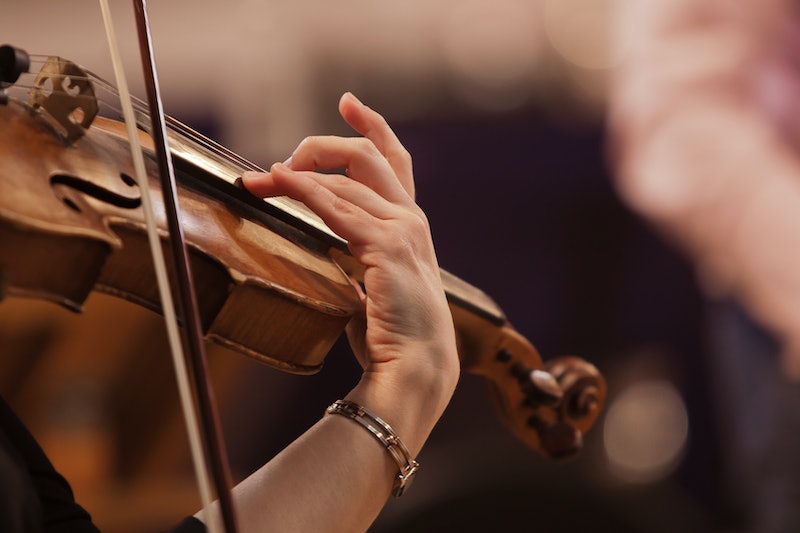 Whether your tunes are locked into witch house or PBR&B (or neither of those), music has the power to empower, soothe, sadden, or galvanize the masses. But can music make your brain healthier? A new study thinks so. In a study of music education of a group of 50 students from low-income households, researchers found that learning to play a musical instrument showed evidence of an overwhelmingly positive effect on the human brain.

This field of study isn’t a new one, and there is infinite reading material available about how music affects the cerebrum. But this particular study focused on the benefits of music in improving speech and hearing, as well, NPR reports. The study, which was conducted by Los Angeles nonprofit The Harmony Project, was conducted in-office and at some public schools two nights a week, during which time students were invited to learn how to play flute, trombone, oboe, and trumpet. The program’s director Margaret Martin, a former homeless woman and success story in her own right, tells NPR of a nearly 93 percent success rate in high school seniors who’ve participated in her program and thereafter went on to attend schools such as Dartmouth, Tulane, and NYU.

Joined by Dr. Nina Kraus of the Auditory Neuroscience Laboratory at Northwestern University, Martin found that there was more behind the success rate of her program than the music alone. Kraus had worked with low income children in other neurological studies, and she tells NPR that in her findings, "in the absence of stimulation, the nervous system ... hungry for stimulation ... will make things up. So, in the absence of sound, what we saw is that there was just more random background activity, which you might think of as static."

In two studies of one and two years of music education with The Harmony Project, Kraus found that the cognitive ability of the brain to understand the depth and richness of sound in speech was significantly higher in students who participated in the two-year study. Learning to play an instrument had proven to actually stimulate the brain into a healthier and more cognizant state. Hearing and speech had improved significantly in participants of the two-year music-makers. (Here's a TED Ed about how this works.)

So while we can’t offer you free guitar lessons to better your brain, we can offer you a selection of songs that run the gamut of auditory stimulation.

More like this
Phoebe Bridgers Shares Her Abortion Story Amid The Leaked Roe v. Wade Decision
By Jake Viswanath
Britney Spears & Sam Asghari Announced Their “Devastating” Pregnancy Loss
By Stephanie Topacio Long
6 Abortion Advocates To Follow On TikTok
By Sara Youngblood Gregory
How To Protect Your Digital Privacy If You Need An Abortion Post Roe v. Wade
By Kaitlyn Wylde
Get Even More From Bustle — Sign Up For The Newsletter