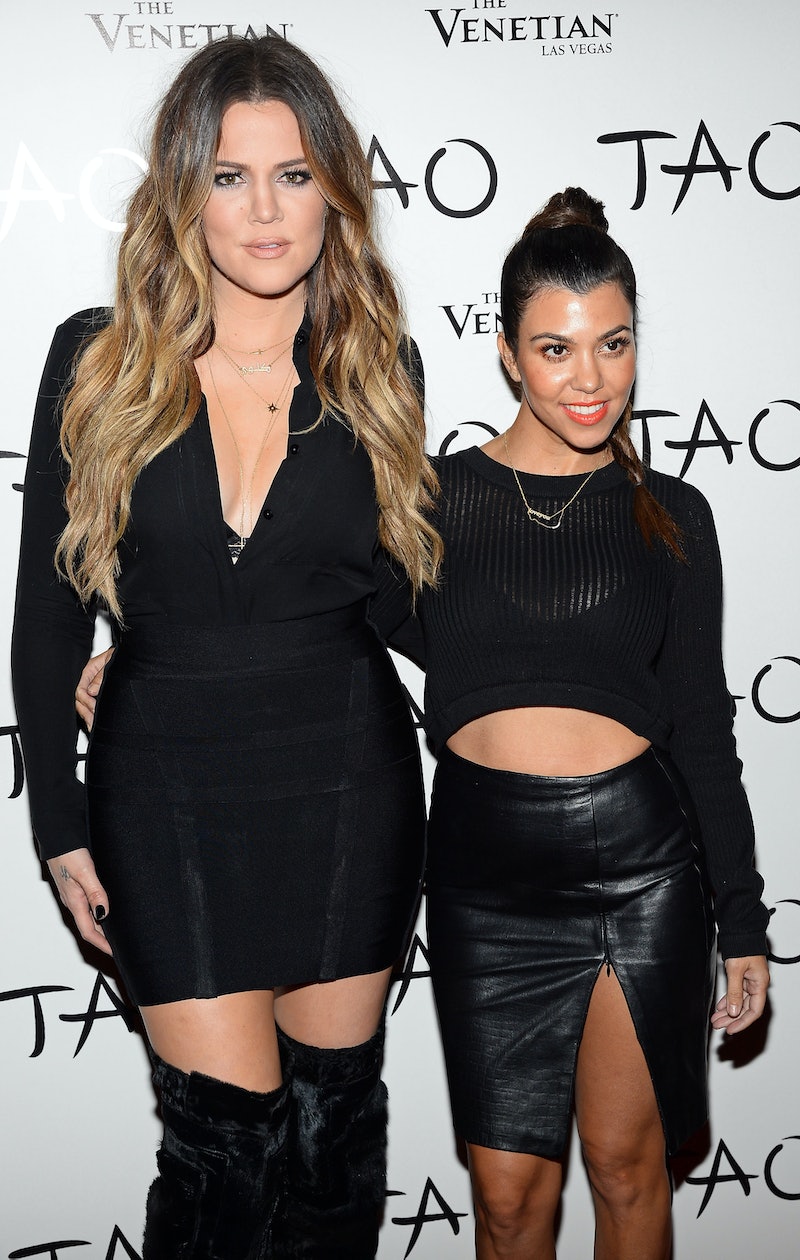 Ready or not, it's time for the next Keeping Up with the Kardashians spinoff. And no, it will not give us the rest of the Kimye wedding that E! so rudely robbed us of in the season finale. What it will give us? Kourtney, Khloe, and Scott Disick all under one roof — and all the drama and comedy that will ensue. Almost as good as watching Lana Del Rey sing while Kim walks down the aisle, right? Kourtney & Khloe Take The Hamptons is gearing up for a fall premiere, and now that the first trailer has been released, I'm really excited to see what it has in store for us. Mostly because I'm devoted to Scott's disparaging one-liners, but also because I'm really interested to see how long he and Khloe can live in the same house without being at each other's throats, as Kourtney kicks back at the pool with a magazine and lets them duke it out.

Not to worry, though, because that house they're all staying in? At 8,900 square feet, it couldn't possibly be a better place to fight with your family members. And for how much the fam paid to rent it out for the summer, I'd hope it would have plenty of privacy.

After stalking down the house (thanks to real estate website Trulia), I found out that, while filming the show, they lived in a ritzy Southampton beach house with a heated pool — and close to the shore. So no, they didn't end up staying in Scott's family's Hamptons house as Kourtney originally planned, and if they had, they would've saved $70,000 a month... because according to E!, that's how much their rent was. $70,000 a month. Let that sink in.

Other amenities available? A professional chef's kitchen and a private dock, plus tons of room for guests to hang out. The house has five bedrooms and six and a half baths, and is situated on three acres of land to offer plenty of privacy. Oh, and you can totally see the beach from just about any window or glass door in the place. Hi, when can I move in?

Renting it out didn't come without its complications, though. TMZ reports that when the show's producers were originally house hunting last spring, residents were less than thrilled that a few Kardashians would be taking over their neighborhood. Allegedly, one Hamptons local said they were worried that Khloe and Kourt would "attract trash and ruin Southampton." Not exactly the best way to welcome your new neighbors, guys.

But despite whatever obstacles they may have needed to overcome, the gals did indeed manage to spend their summer in the Hamptons and we get to watch. And then, you're invited to join me in crying over how the Kardashians' monthly rent is more than I make in a year. Pass the tissues.