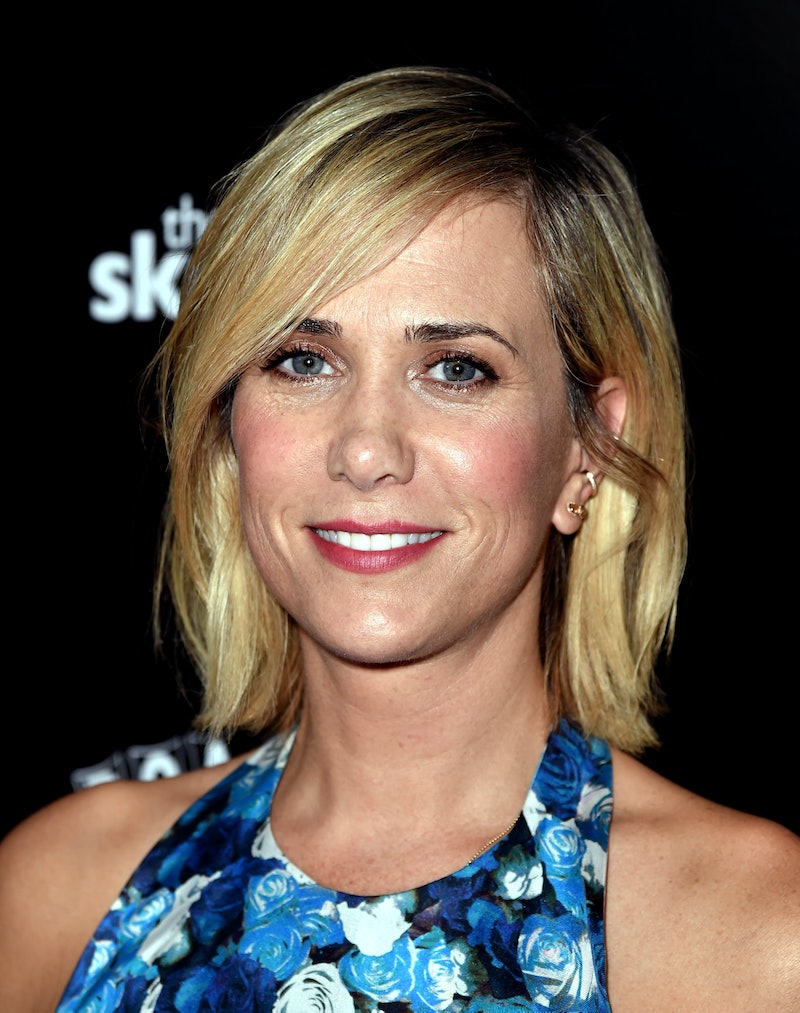 Stop what you're doing right now and watch Kristen Wiig and Bill Hader reprise a RHONY fight between Ramona Singer and Kristen Taekman. Seriously, you will thank me. It will make you yearn for a sketch show comprised entirely of Kristen Wiig doing Ramona Singer impressions, equipped with nothing but a Party City wig, some cue cards, and her comedic chops. Seriously, this greatness almost makes up for the fact that 'Mona has been relegated to a petty recurring character for Season 7 of The Real Housewives of New York. The injustice!!

On Thursday night, Andy Cohen hosted Hader and Wiig in the Watch What Happens Live clubhouse to promote their upcoming film Skeleton Twins. At Cohen's behest, the SNL alums played the game "Clubhouse Playhouse" and showed off their impressionist prowess. They performed an impromptu dramatization of the water throwing feud between Singer and Taekman on Season 6 of RHONY and it was TREMENDOUS. Let me say, Bill Hader does a mean squawky Kristen impression, but Wiig really emerges as the star of this bit. She nails Ramona's frenetic cadence, sticks the dismount, and slays every staccato "No, no, no.." that the reality star employs liberally to prevent anyone else getting a word in edgewise.

Behold, the glory that is Kristen Wiig as Ramona Singer. 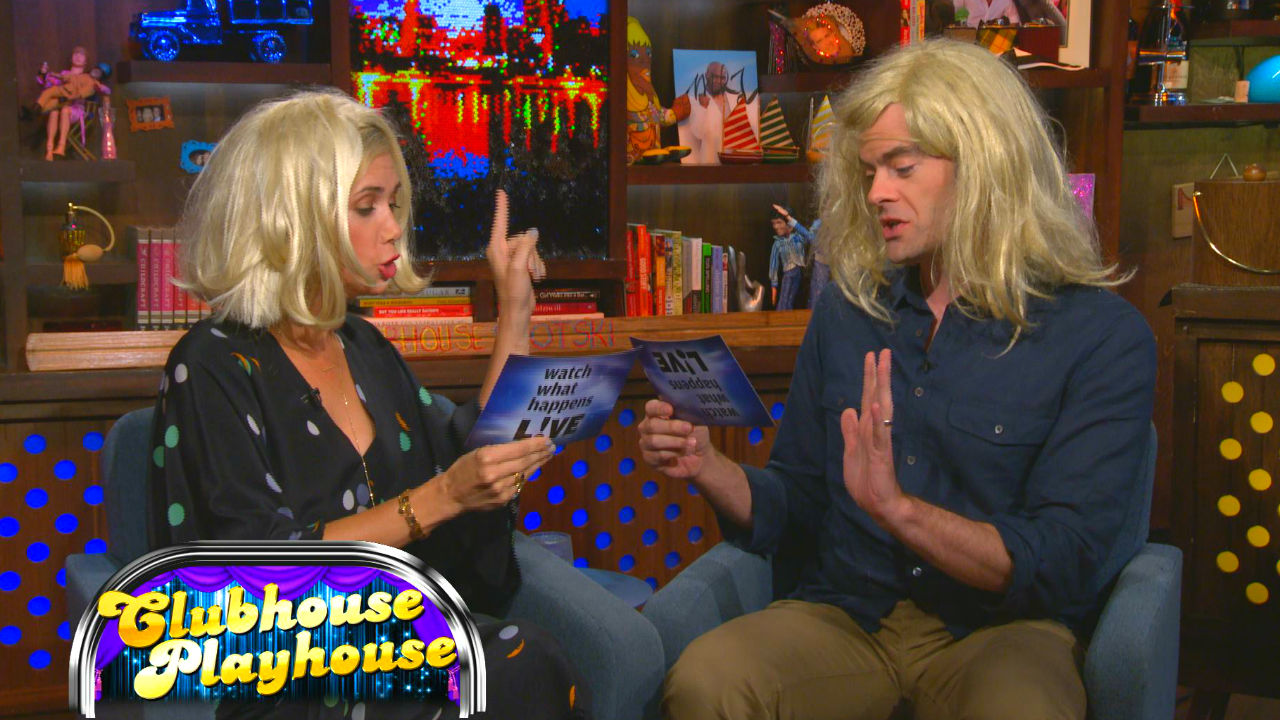 Really, man. Somebody give these two a spinoff. Think of all the classic Ramoments she would kill. Here's a list of all the fun things Wiig could do on her one woman show devoted entirely to the antics of Ramona Singer.

When she told Aviva to take a literal chill pill

When she attempted to define "white trash," featuring a supporting performance by Bill Hader as Sonja Morgan

When She Has Pinot-facilitated epiphanies

When She enjoyed every last glass of white wine

And Last but not least... Turtle time!