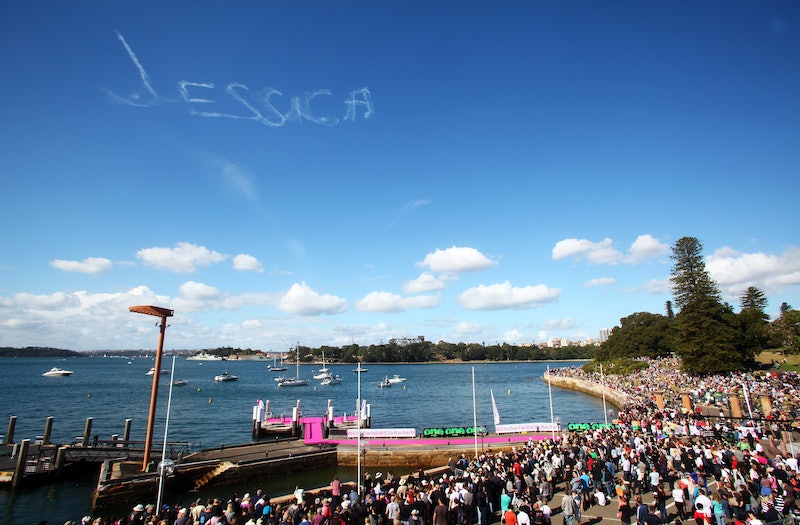 It’s probably not too far-reaching to assume that most of us have considered how we’d like to propose/be proposed to at some point. There’s a whole slew of magazines, books, and television shows committed solely to marketing to our society’s bizarre obsession with fairy-tale weddings. The Bachelor, for instance, shares the same level of authenticity as professional wrestling, and yet it has brilliantly managed to tap into the collective conscience of people who truly believe that happily ever after is an attainable reality. This is perhaps why showboating engagements are so frequently flooding our social media feeds. “She said yes!” reads a post from a high school acquaintance, attached to an album of photographs of a beach at sunset. “We’re getting married!” reads another with a close-up photo of an unnecessarily large, presumably conflict-mined diamond.

All of this may seem cynical at best — that is, until you watch Jack the Wedding Planner stage an elaborate fake wedding just to propose to the mother of his child. The steps here seem a little backward. Why a fake wedding? What happens at their actual wedding? Why is Jack crying during the first dance of two men whom he knows are not actually getting married?

“Honey, you can’t do this right here?” says Jack’s fiancée-to-be as he kneels in front of her (with a fog machine, of course), surrounded by people she doesn’t actually know. But he does do it right there, and we watch in awe as the actors surrounding them snap pictures on their phones and start cheering for the future of two people in which they have little to no emotional investment.

Luke O’Neil over at Bullett sums it up best:

Here’s some advice from me, a professional wedding planner of sorts myself: Don’t do stunt, staged, corny-ass, over the top, attention-grabbing proposals. Or, failing that, if some dork tries to get you involved in one do the responsible thing and say no. No one wants to be married to someone who tries this hard at anything.

I'll second that. What happened to the simple days of being proposed to via sky writing from a passing plane? I kid.

More like this
Here’s What Sarah Jessica Parker’s Canned Cosmo *Actually* Tastes Like
By Emma Garza
Taylor Swift Knew Hayley Kiyoko & Becca Tilley Were Dating 4 Years Ago
By Grace Wehniainen
Becca Tilley Confirmed Her & Hayley Kiyoko’s 4-Year Romance With A Heartfelt Note
By Brad Witter
What Does “Gatekeeping” Mean On TikTok? The Viral Term, Explained.
By Courtney Young
Get Even More From Bustle — Sign Up For The Newsletter