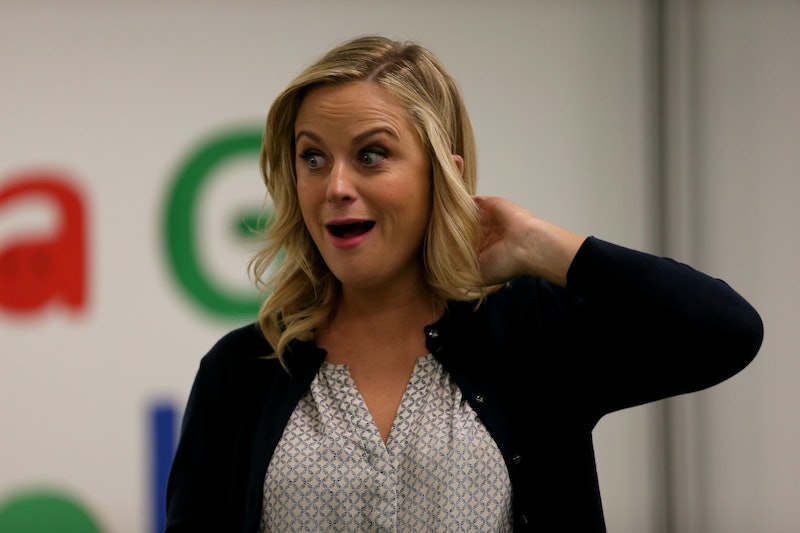 The Approval Matrix — Sundance TV's talk show version of the popular back page of New York Magazine — is tackling a hot topic: marriage. Is marriage highbrow despicable? Is it lowbrow despicable? Is it highbrow brilliant? And how does sexism (lowbrow despicable, obviously) factor into it? It's a tricky subject, but a wise lady gave the show her two cents on the matter, as Amy Poehler shared her thoughts on traditional marriage. As per usual (look no further than her comments on modern manhood), her thoughts are so on-point. I'm confident that I'm not alone when I say, "more Amy Poehler, please!"

What makes Poehler's comments so awesome is that she's jocular about it all (yeah, of course having traditionally defined roles is easier... because there's less to do!) while she states the truth (back in the day, women couldn't vote and had way fewer rights, duh). She also makes a pretty spot-on comment about sexual harassment that's well worth pointing out — she mentions that a lot of people harass others in the workplace by joking about it, which is still harassment. Joking about touching boobs doesn't make it any less OK, people.

Does that seem a little heavy for a show that celebrates the comedic over-analysis of culture? Maybe, but that's where Poehler's brilliance comes in: when she talks about feminist issues, she's never, ever preachy — she just tells it like its. She states the truth, thereby making it funny while still hitting the feminist nail on the head. Amy Poehler, never stop talking.