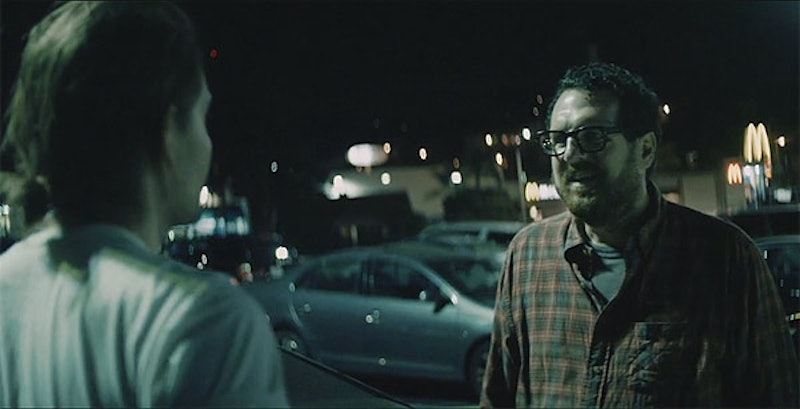 Upon hearing about Chillr – a friend-finding app, like Grindr or Tinder but for "chill dudes" who want to "hang" in a non-doin' it kind of way – I had the same immediate allergic reaction I always have when in close contact with anything dude-bro-ish: I started to sneeze, broke out in a rash, and my throat closed up (that last one being a defense mechanism in case I accidentally forget how to live life and try to put a dude-bro's penis is my mouth.) This whole thing felt like the #NoHomo of mobile apps, likely designed by and for the exact kind of cretins who actually employ hashtags like #NoHomo.

But because I'm a glutton for reminders of the bleakness of being sexually attracted to men, I watched the promotional video for the app – and was surprised to find myself laughing with genuine delight at the earnest and funny exchange between the guys in the video, feeling deep sympathy for their desire to find someone who isn't an uptight dick to be friends with, and kinda wanting to hang out with them (in well-lit, public places after they've both been thoroughly hosed down and deloused.)

Lesson: Just because the overwhelming majority of guys who would self-identify as "chill dudes" are developmentally stunted, unoriginal, painfully dull, casually misogynistic, blatant homophobes with substance abuse problems that are validated by the "chill" culture to which they belong, doesn't mean that there don't exist some guys who do possess a surprisingly healthy, respectful attitude toward themselves and others, and just happen to like wearing flannel, shirking conventional grooming standards, and inhaling tacos/taco-related food products. So I really shouldn't be so judgmental until I judge each chill dude for himself. #NotAllBros

CHILLR from Adam Neustadter on Vimeo.

More like this
Bumble's "Compliments" Feature Lets You Message Before You Match
By Lexi Inks
Are Sagittarius & Capricorn Compatible In A Relationship? Astrologers Weigh In
By Kristine Fellizar
How To Have A Hometown Hookup Without Catching Feelings
By Lexi Inks
The 10 Memes That Defined 2022
By Alexis Morillo
Get Even More From Bustle — Sign Up For The Newsletter