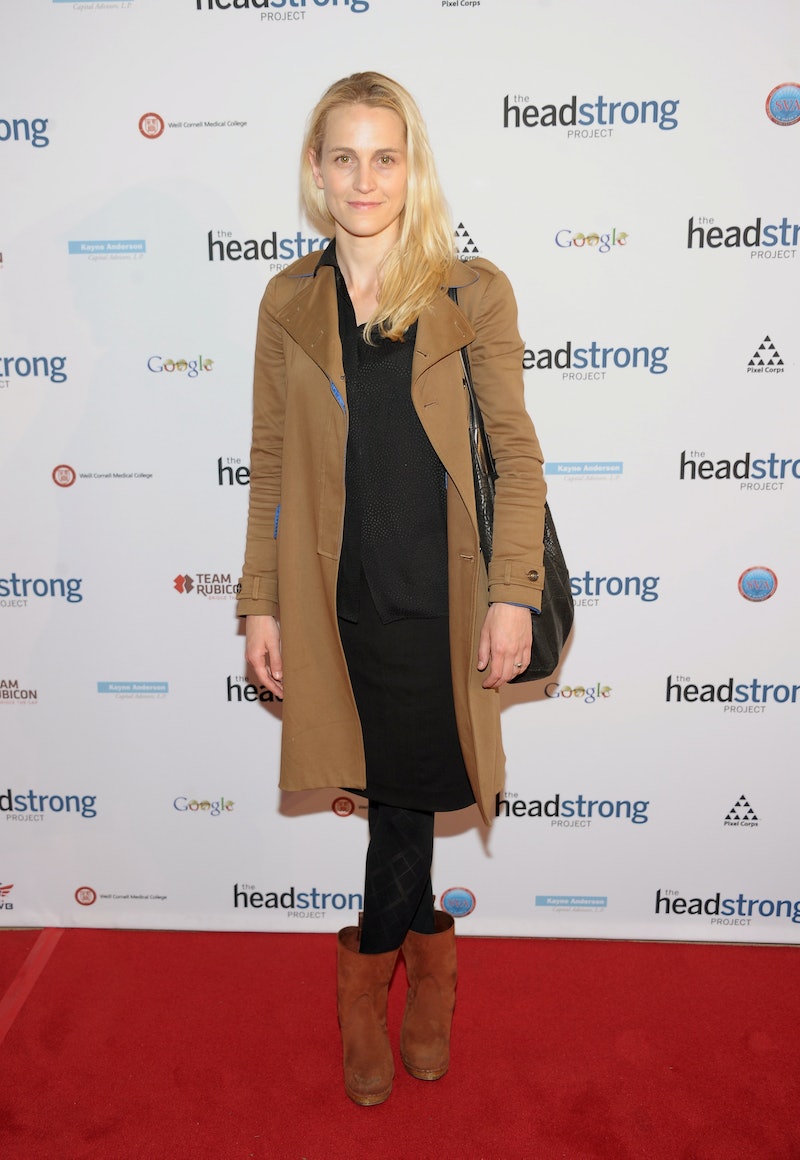 What's it like being married to an actor who pulls off such a riveting portrayal of a creep on TV? Does work follow him home, causing completely unfounded trust issues where his wife gnaws on her nails and holds her breath for the moment her hubby's inner evil guy rears his ugly head and brandishes a knife bearing her name? If anyone knows the answers to the question posed in that ridiculously theatrical scenario, it's Girls star Adam Driver's wife Joanne Tucker.

Bustle's Sarah Freymiller compared the onscreen relationship between Girls couple Adam and Hannah to "watching the first stages of heroin addiction," but here's hoping the same can't be said for Driver's off-screen, real life union with his wife of a little more than a year. Besides, Driver seems like a pretty well-rounded guy outside of the show. He's a former Marine and Juilliard grad with a background in theater who's been featured in Gap ads, and next year we'll see him take on another bad guy role in Star Wars: Episode VII.

So what about his wife? Although being married to Driver automatically places her in the public eye, her lack of a social media footprint obviously means that she's not into posting selfies or retweeting Girls fans. But there are a few interesting facts about Joanne Tucker out there.

She was with Driver way before the fame

Reportedly, the couple were together for years before they wed in June 2013. In a 2009 interview with Broadway.com, Driver joked that Tucker "taught me what Gouda cheese is and that you shouldn’t talk with your mouth full and spit on the sidewalk."

Tucker is a graduate of Dalton, an elite school in Manhattan's Upper East Side.

She and Driver run a non-profit organization

Tucker serves as the artistic director for Arts in the Armed Forces, which according to the site mission statement, produces "theatrical and musical performances for mixed military and civilian audiences."

She Lives in Brooklyn Heights

According to Inquisitr Driver and Tucker live in the Brooklyn Heights neighborhood of New York City. Guess it's a quick commute for Driver then.