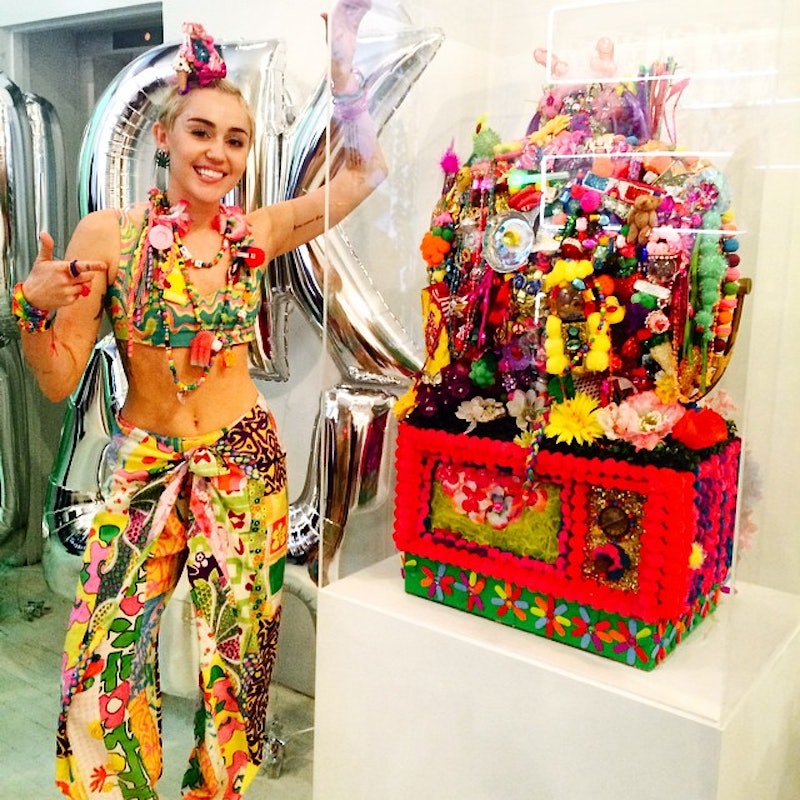 Considering the past seven days are otherwise known as Fashion Week and even the most bland Instagram accounts are suddenly alight with fashionable snaps and selfies, it seems only right that this week's roundup of the best fashion Instagrams equally on the most impactful and jaw-dropping captures and simply those featuring a lovely ensemble.

Luckily, Fashion Week inspired an unforeseen level of eccentric and creative output, flooding social media with the fabulous and bizarre. Patterns that resembled a kindergartner's scribble clad street style icons, models wore pom pons on the runway, and a handful of celebrities apparently thought the week was clothing optional. Yes, Fashion Week produces social media images that would otherwise be relegated to the darkest corners of one's iPhone library, and for the most part, the world accepts that the onslaught as simply a part of the circus. The results were mixed, but several of the photos were so eccentric that they had to be shared. To that end, here are the five best fashion Instagrams of the week. And yes, of course, Miley Cyrus happens to be one of them.

I'm calling this win a "Points For Absurdity" situation, or perhaps temporary confusion, resulting from the overabundance of color in this photo from backstage at Jeremy Scott. As for the now-infamous pasties series from Alexander Wang's after party, well, I am personally of the opinion that Cyrus's chest has received enough attention for this week.

This photo of Allison Williams from row at Diane Von Furstenberg isn't so outlandish as it is classically elegant. However, it is an iconic look despite lacking a crazy component.

Kate Bosworth looking like a boss at Hugo Boss? All in a day's work at Fashion Week.

It may not be couture, but Candice Swanepoel rocked her Stone Cold Fox Dress at Fashion Week.

How many supermodels can you fit in one selfie? Delevingne just answered my question.