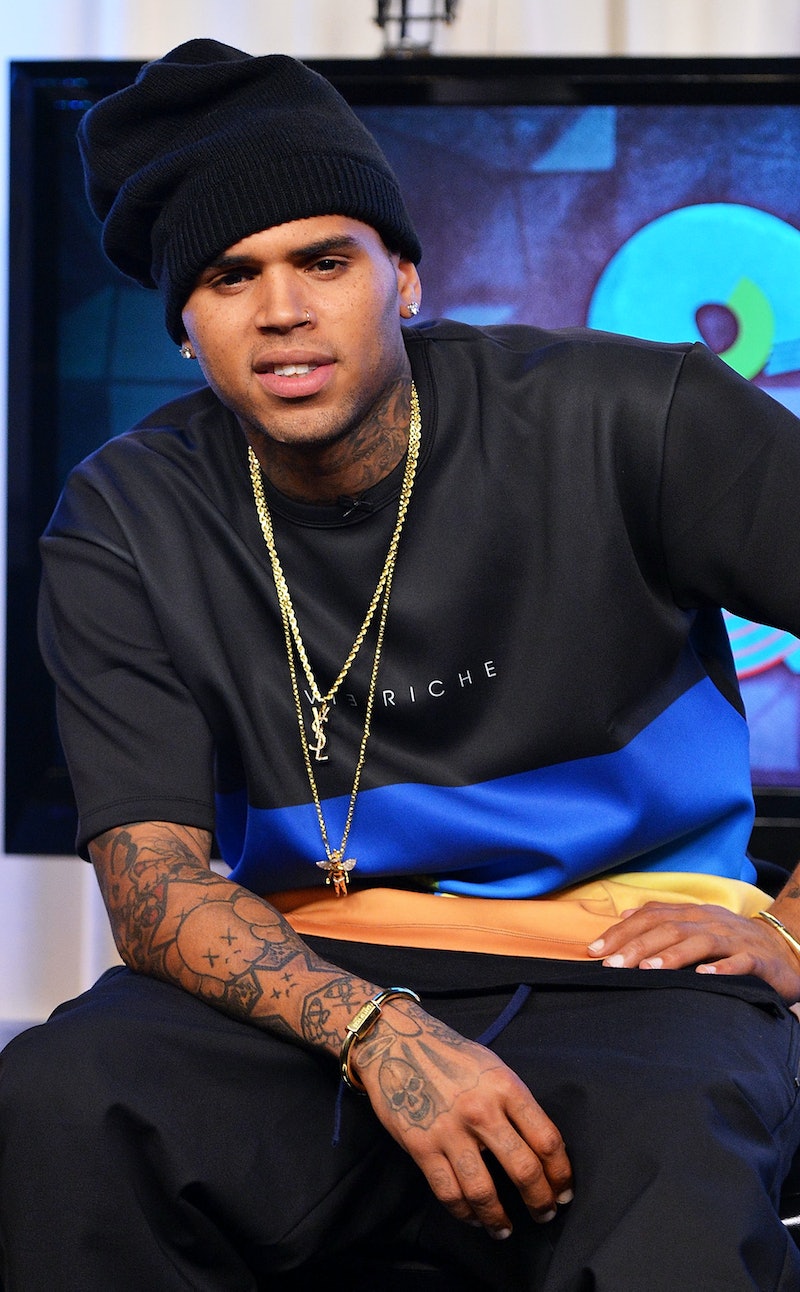 File this under Stories That Make Me Suck My Teeth: Chris Brown has advice for Ray Rice. [Takes deep breath, proceeds.] Thursday, Brown sat down with MTV News, and Sway Calloway related Brown's history of assault to the ex-Baltimore Raven attacking then-fiancé Janay Palmer. Calloway asked Brown what he's learned since his 2009 arrest, and Brown said, "It's all about the choices you make." He went on to say that "help is great" and his regular talks with his therapist help him process his emotions.

For me, dealing with my anger issues and understanding myself and the life I’ve been through, where I’m headed and where I want to be, has helped me focus on what’s really important and not F up.

Calloway asked if that's what Brown would tell Rice, and Brown gave the following response:

Yeah, to Ray, or anybody else. Because I’m not better than the next man, I can just say I’ve been down that road. I deal with situations and I’ve made my mistakes too, but it’s all about how you push forward and how you control yourself.

I... [Sigh.] OK. I will say this much: If Brown absolutely had to weigh in on Rice and anger management, what he said was not terrible. He owned up to his shit. He used the word "choice." He stated that going to therapy is beneficial. I predicted I'd mutter "god dammit" under my breath at least seventeen times while watching the interview, but I only said it once.

Blerg. I think a simple "Not my place to comment" would've sat better with me.