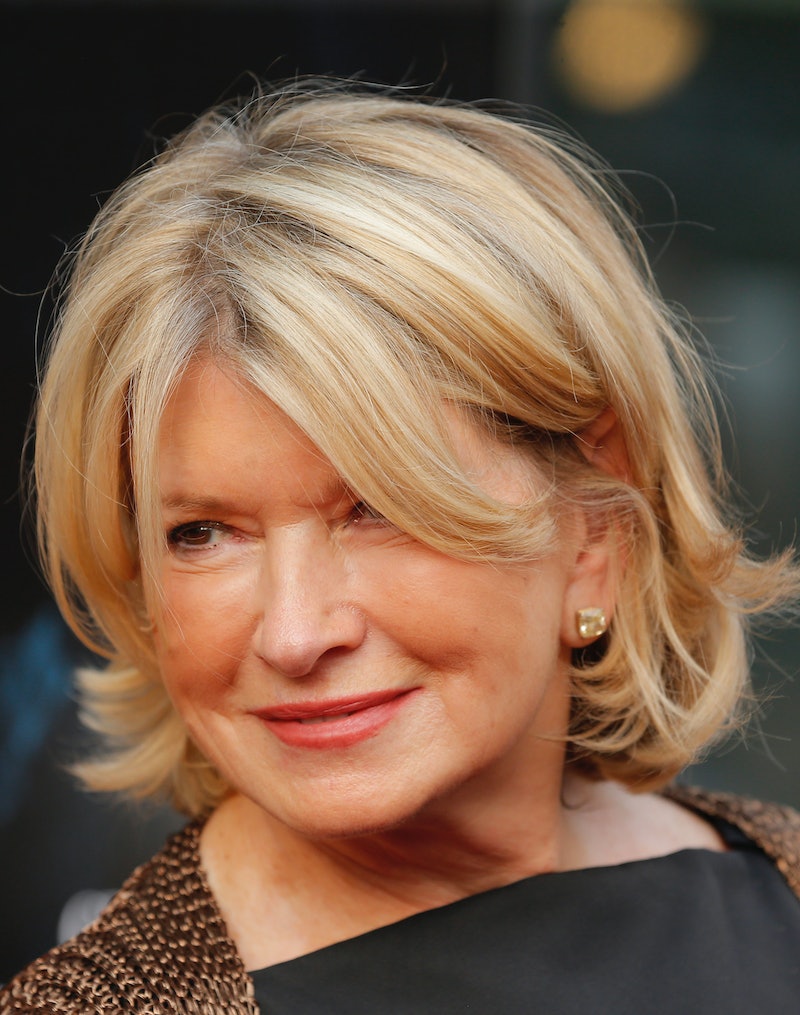 So I really don't want to be forced into choosing sides in the ongoing feud between Martha Stewart and Gwyneth Paltrow, but it's clear that one of the ladies needs decide to be the bigger person here at some point because this — this is getting out of hand. It seems that now, almost a year after first dissing Paltrow's Goop-y attempts, Stewart isn't quite prepared to cut her any slack: she reportedly fired yet another shot at the actress-turned-lifestyle guru during an interview with Net-A-Porter's magazine. Allegedly Stewart said about Paltrow, "She just needs to be quiet already. She's a movie star. If she were confident in her acting, she wouldn't be trying to be Martha Stewart."

Well damn, Martha! The gloves are really off, huh? Seems so — and ICYMI, the gloves were actually tossed out a long time ago when Stewart slammed Paltrow's Goop-y lifestyle efforts with the most backhanded statement ever in October 2013: "She wants to be a lifestyle arbiter. Fine. Good. I think I started this whole category of lifestyle." Hmph. That shade sounds thicker than the icing on a Martha Stewart cupcake.

But really, aren't they both too rich, famous and busy hawking overpriced housewares to continue engaging in these embarrassing public spats? There must be some etiquette tip recorded in one of Stewart's many how-to manuals that wags a manicured index finger at her obvious no-filter approach in expressing her discontentment with Paltrow. Meanwhile, Paltrow can't seem to catch a break because she's constantly pissing someone off, like the time she dissed Jessica Alba's all-purpose cleaner or the time she incited the wrath of Cindy McCain by making a comparison between reading Internet comments and experiencing war. Yikes. Support other ladies, guys!