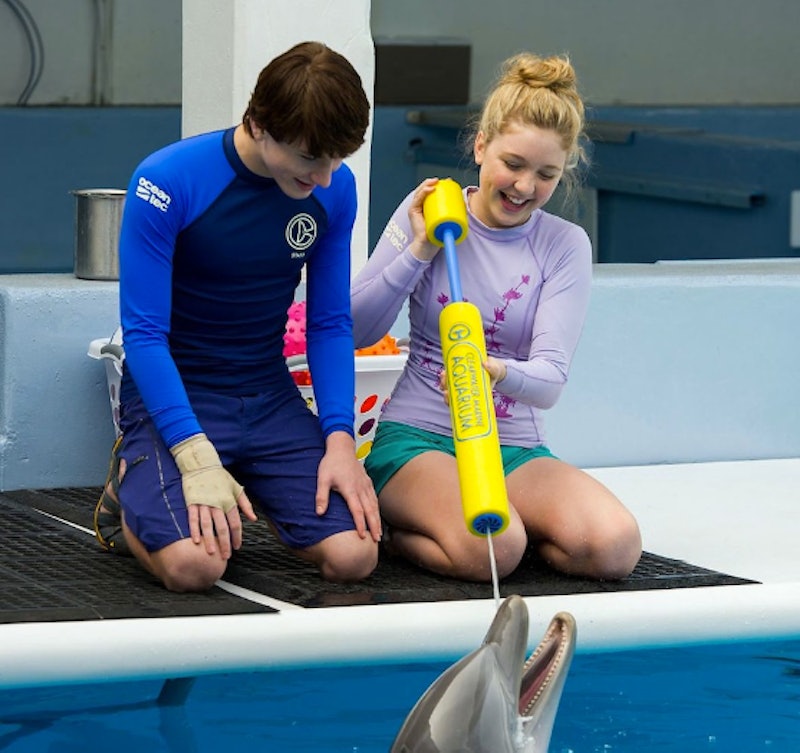 If the weather in your area has been as unpredictable as what insulting thing Kanye West is going to say at his next concert, then you probably want to spend as little time as possible outside, and as much time with your butt, in a seat, watching a movie, with a bucket of popcorn the size of your torso. And while fall and summer always prove to be a pretty successful film season, because Hunger Games , the in between months always prove to be a "Is there anything good out?" season.

In case you have found yourself asking that question, here is a round up of the films that topped the box office this weekend.

Despite its low Rotten Tomatoes score, Idris Elba's thriller No Good Deed won the box office this weekend, bringing in $24.5 million its opening weekend. The film tells the story of how an unsuspecting — yet dangerous — stranger manages his way into single mother-of-two, Taraji P. Henson's, home and terrorizes her family.

Rotten Tomatoes gave Dolphin Tale 2 a 73%. The film is a sequel to the 2011 hit Dolphin Tale, starring Morgan Freeman, Harry Connick Jr., Kris Kristofferson, and Ashley Judd. It brought in $16.5 million this weekend. The film shows the team at Clearwater Marine Hospital search for a poolmate for Winter, after her surrogate mother passes away.

Guardians of the Galaxy

Although Guardians of the Galaxy came out in the beginning of August, it is still raking in a lot of money, making $8 million this weekend, for a total of $306 million domestic gross. The film has a 92% rating on Rotten Tomatoes, and has already been picked up for a sequel.

What you should see:

While the film only had a limited release this weekend, the film already has a lot of great things being said about it and its stars — Saturday Night Live stars — Kristen Wiig and Bill Hader. Film critic, Richard Roeper, says Wiig is gives one of the most impressive performances of her career. The film's nationwide release is September 26.