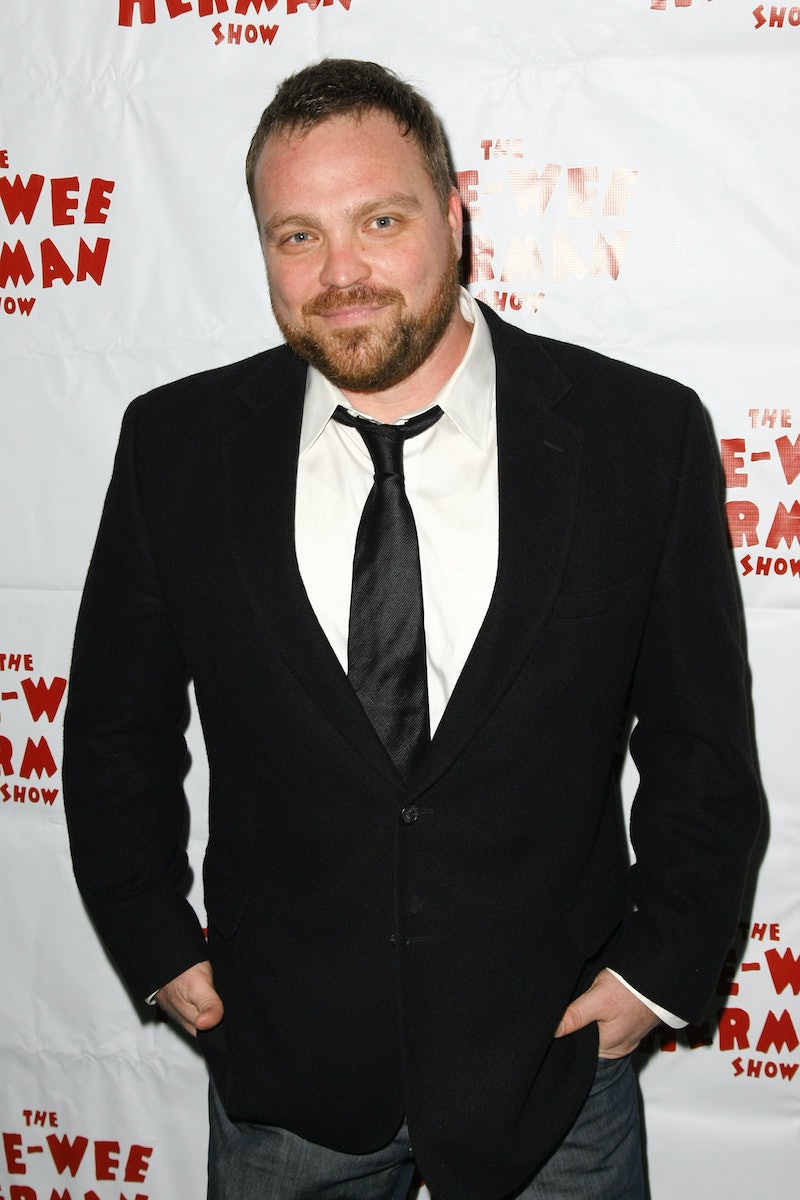 There's a storm coming, and judging from the huge amount of internet chatter, we are all very, very excited. Fox's highly anticipated Gotham premieres on Sept. 22 and it'll bring along a slew of familiar faces, like Detective Gordon (Ben McKenzie), Oswald Cobblepot, aka The Penguin (Robin Lord Taylor), and Jada Pinkett Smith's Fish Mooney, who is, um, actually we don't know who she's supposed to be. She's a brand new character created for the show (or, so we've been told) and she's bound to breathe new life into the story of Batman that we all know. She doesn't stand alone as the only new character, though — Drew Powell has been cast to play Mooney's right hand man, a villainous character known as Butch Gilzean. So, just who is he exactly?

We can't rely on the DC Comic database for this one, because there's nothing about him there. Gilzean was created for the story. Even while there's some talk that Fish Mooney could potentially inherit a Batman character's identity, that hasn't been the case for Gilzean. We have no idea who he is, where he came from, and most importantly, where he's going. Deadline first reported his addition to the series and described Gilzean as an "ambitious second in command" to Mooney. Considering what we do know about Mooney and her over the top antics, I can only hope that Gilzean falls in line with that. While she can walk around wielding that strange baseball bat, she's also got Gilzean around who can just use his fists. Plus, the mention that he's "ambitious" makes it sound like he's either trying to prove himself to someone, or he's trying to fight his way up the ranks for more power. Will he come to blows with Mooney?

Judging by some Instagram pictures recently posted by Powell, he comes in contact with someone's fist (unlike McKenzie, who met a concrete wall). We don't know much about his character, but at least now we do know that at some point, Gilzean gets into a fight. The caption says that he'll "get his revenge." Against who? Since Gotham is all about the birth of these villains and the slow downfall of Gotham City, it's hard to figure out who's on the right and wrong side at this point. With Gilzean as a brand new character, he could be on anyone's side.

Plus, there's an awesome picture of him posing with some "stunt nuns" and I haven't the slightest idea what is happening, or what is going to happen, or why Gotham would even need "stunt nuns," but whatever the case, I am totally on board with it.

That's Gilzean in the middle, flanked by those stunt nuns, and two other mysterious characters. According to Powell's Twitter, this occurs in Episode 7. Hopefully, by then we'll have a much better understanding of who Gilzean is and what role he'll play in the world of Gotham.