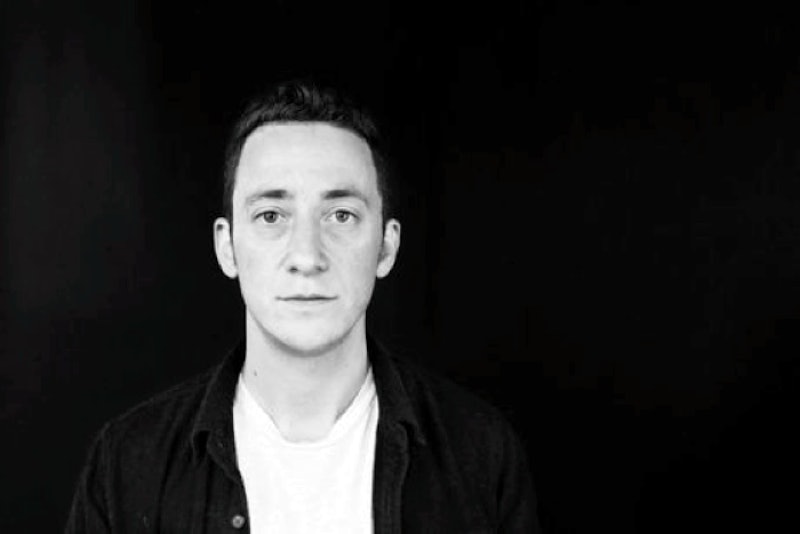 Learning who we are and what defines us is a journey we all have to take. Sometimes it isn't easy, and we have to question what we know about our identities, and seek out more clarity for the pieces to come together. It might mean confronting darker aspects of our lives that are painful to revisit, and being unsure where, exactly, we are going.

When I read Thomas Page McBee's memoir, Man Alive, chronicling his transition from female to male, I found a tale of self actualization that was in some ways so different than what I had experienced on my journey to self-definition, and in some ways so much the same. While my journey has been finding what it means to be a woman, Thomas' journey to masculinity took me back to my own early days of transitioning from male to female, when I was, for the first time, learning to articulate my identity and figure out how to navigate within a new world of confusing expectations while carrying the weight of my past.

In Man Alive , McBee asks what makes a man, but learns that he must also figure out what makes a Thomas, just as we all must reconcile our senses of self and the role that society plays in creating ourselves. It's a transition memoir, but so much more. Following his Rumpus essays along the same theme (the book is "essentially a prequel" to his column), he charts his journey from trauma to violence to self-acceptance and relates his narrative in a way that is at once intensely personal and universally accessible. It unfolds in a nonlinear fashion, jumping across both time and space as he tries to piece together the pieces of his past to make sense of who he is in the present, and whom he wants to become. As he confronts both his father and other manifestations of masculinity that have been less than ideal influences in his life, he comes to terms with the events that have shaped him, as well as the freedom that he possesses to shape his own destiny and define himself on his terms.

I spoke to Thomas by phone to discuss his book and his journey.

THOMAS PAGE MCBEE: That’s a question I’m still answering. I think what being a man means to me is something really different certainly than it used to. It’s a time when masculinity is becoming visible for the first time for a lot of men, and part of that is the rise in trans visibility and feminism having such an important part in popular discourse at this point and just making gender visible, making everyone question what gender really means. So, on a broader level what being a man means in our culture is something I don’t really know the answer to yet, but I’m really interested in investigating and exploring it constantly and seeing how culture affects my sense of self and all of our senses of self.

Relatedly, I think my personal journey about what being a man means to me, is like an evolving, almost spiritual thing. I think that at this moment, “being a man” is not that different than just being Thomas.

Coming from being socialized in hegemonic masculinity, I'm aware of how restrictive it is, how hard "masculinity" is to define outside of domination, violence. What has been the hardest part of finding that definition?

I found that pretty much always if I just followed my heart around that stuff, it tended to work out pretty quickly.

I wanted to be able to navigate the world and understand what the expectations were so I could either adhere to them or break them depending on what I was comfortable with. But I also really wanted to make sure that I had a lot of integrity in myself about how I was behaving, and so I was really committed to being a feminist, and I was really committed to not behaving or performing a masculinity in a way that was detrimental to anyone else. It was tough sometimes being in situations with men where I would have to figure out how to navigate things. When do you speak up when someone says something that makes you uncomfortable about women? How do you navigate that without getting into a fight? That sort of thing. I found that pretty much always if I just followed my heart around that stuff, it tended to work out pretty quickly.

There was a quote I really liked in your book. “Being human means being at the mercy of others. It’s uncomfortable at that knife’s edge, but you’ve still got a choice about who dictates how you live." Could you talk a little bit about what you meant by that?

We don’t really realize how much we’re surrendering control of our bodies to other people all the time, and I don’t think there’s a way to be completely independent of others. I don’t think that would be very healthy, you know? I also think I don’t want to live in a world where I’m dependent on other people’s definitions of me or relying on other people to be myself, and especially, being trans, I rely on a hormone that someone else makes. If they took it away from me, that would be traumatic. There are so many ways that we’re so vulnerable to each other, and people have different reactions to the trauma of being different. My reaction tends to be to assume if I’m myself and if I show up that I sort of give everyone the benefit of a doubt because we are interdependent and we rely on each other. I think we still get a choice in how and who we rely on in what ways we engage with each other and with ourselves.

The central message of the book seems to be figuring out who you are, and that’s something we all have to do, cis or trans. Is that the message you wanted to send? That we’re all kind of going on the same journey even though obviously we come from a different perspective?

There are so many ways that we’re so vulnerable to each other, and people have different reactions to the trauma of being different.

Yeah, absolutely. So, a lot of what I was interested in when I was writing this book and also when I started my transition was that I really appreciate other trans narratives, and I identify as trans and I’m happy to be trans, but I found it very alienating especially at the beginning because a few years ago there weren't a lot of stories in the media that weren't kind of the same narratives over and over again. I felt my experience wasn't that at all. I felt like I was connecting to people as I was transitioning in all kinds of different places in transition, and it seemed kind of universal in all situations. I wanted to highlight that being trans was important for my identity but it wasn't the central defining thing that I built my story around.

Do you feel like you are the person you want to be now? Did writing this book help you to get there?

It’s definitely helped me navigate hard moments and say, “This is who I am and nobody else can define me.” I think everyone should be able to do that.

This book was probably the most intimate, private thing I’ve ever written, and therefore probably the most helpful in terms of sort of exploring things. I think for me, I’m much more of a writer than anything else, including being a trans person, or being a man, or whatever. So think it absolutely helped me figure out the world, myself, and my place in it and I’m so happy to have the capacity to do that. It’s definitely helped me navigate hard moments and say, “This is who I am and nobody else can define me.” I think everyone should be able to do that.

A lot of the book seemed to revolve around wanting to reconcile with your father, but it also seemed to be, in a way, coming to terms with your own past. Do you think this will help other people having to do that?

That’s my hope. The idea is that, for me anyway, when I was a kid, I used to read books in a way that I’d feel connected to part of the world when I felt really alone and scared, and I always felt that I was in conversation with the writer, and to me, when I had nothing else, that was a way for me to believe that there was something better, so I really hoped to make this book a gift to the reader.

How do you feel about the state of affairs for trans people now vs. when you started transition?

Every story I read about trans people was either sensationalist, or someone was dead.

That was sort of the beginning of first person: new media narratives and people writing about them on Tumblr or social media, taking back the microphone from those who were translating our experiences in a way that was at best othering, and at worst was actively transphobic. We’re obviously in a totally different moment, from Orange is the New Black and Laverne Cox on the cover of TIME to Chelsea Manning. When she announced her name change and transition, I was working in a newsroom and the way that people reacted, most people just went to Chelsea Manning and that was it. And those that didn’t got called out really quickly and there was a lot of backlash. That to me was an incredible moment, like, “Whoa, everything’s changed really quickly.” Obviously we have a lot that has to be done, but it’s definitely a much different world than it was a few years ago.

One of the things I liked about your book was that it didn’t shy away from your own questioning of your identity. For me, I’ve had to wrestle with that as well — what is gender, what is being a woman, etc. I think that’s left out of a lot of narratives.

For me, I was pretty comfortable, for the most part, in my gender identity for a really long time. I didn’t feel “born in the wrong body” or anything like that — I had parts of my body that I had issues with, but I was navigating the world in a way that I was comfortable with until I just wasn’t anymore. And that was complicated and confusing, and the moment where I really realized I wasn’t comfortable happens in my book. I wanted people to see it’s not just some simple thing, and I wish I had known that it could be complicated.

What do you plan on doing next?

I am writing a column for the Pacific Standard called The American Man, and it’s about going into homosocial male spaces, and my next one is about going to a bath house. The concept there is reporting about what modern American masculinity really means, and I’m going to turn that into a book.