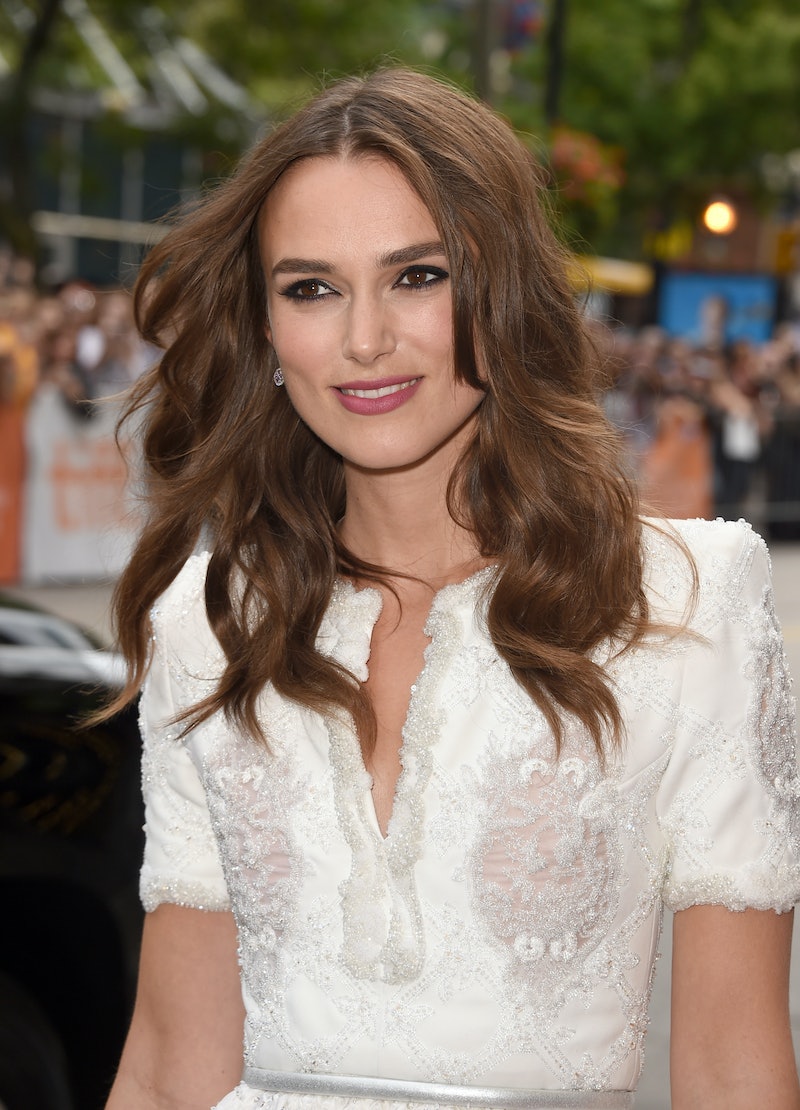 For some reason, society has decided that boobs are sexy and important, even though they’re just bags of fat and glands (and eventually milk, but that’s an entirely different story). For the record, I love my boobs! But it took like, ten solid years to get to this point of self-love. Ten very tumultuous, self-conscious years of comparing myself to other girls’ bodies, and drinking way too much soymilk because I read that it makes your boobs grow (this is false, FYI). I wanted bigger breasts because I thought that’s how I would score a boyfriend. And because actresses like Scarlett Johansson and Beyoncé looked so epically gorgeous, I figured big boobs were just part of the equation. But by the time I turned 22, my rack was no more swollen than it was when I was 15, and I had been on The Pill for five years. 34A it was, and 34A it would always be.

So, I think loving and appreciating your boobs stems from loving and appreciating your body as a whole, and sometimes it takes time for that kind of self-ardor to develop. I hated my little boobs for a long, long time, because I didn’t think they were sexy, or desirable. I can blame media/TV/Hollywood/the porn industry/the male gaze/Victoria’s Secret marketing all I want, but the problem was very internal, and it took time and growing up to accept myself as the small-titted babe I was, and am. So, cheers to that. But with that said, there are always pluses and minuses to having small boobs, like:

1. You can still fit in the tween bras Target sells

Even though it’s a little jarring I can still fit into the Xhilaration sports bra I’ve had for 12 years, not having huge boobs opens a lot of uh, drawers. I can waltz into any Target and most likely find a cute bra with a polka dots and rainbow hearts and not worry about weird sizing and fitting issues.

2. You have “this makes my boobs look bigger” shirts

These mystical tops create the optical illusion that we have prominent breasts, and they are much appreciated for their valiant efforts.

3. You maybe stuffed your training bra once or twice

4. Whenever you do magically form some baby cleavage, you make sure to let everyone know

Perhaps you are wearing said magical shirt, or you invested in a dynamite wonder bra. Whatever the catalyst is, you find yourself saying, “Guys…guys. My boobs. Look at them. Look how huge they are tonight,” even though you maybe have a 34B.

5. You kinda look forward to pregnancy because it means your boobs get HUGE

6. It feels like you sprout a cup size right before your period and you try to get the most mileage out of this temporary inflation as you can

You’re about to endure a week where you basically spend all your time mitigating a bloody massacre in your pants and shooting pains in your abdomen, so a bigger rack is the least your period can give you.

7. Keira Knightley and Kate Hudson are your boob heroes

They are super proud of their tiny boobs, and as much as you know it's silly to take personal validation from celebrities, you also can't deny that seeing them rock their mini mammaries in couture on red carpets makes you feel a tiny bit better about your own ability to look fabulous at any cup size.

8. Wearing a sports bra to the gym is pretty unnecessary

Chances are, they’re not really going to move around much because, honestly, where are they going to go? They’re firm as fuck. But this doesn’t mean you can’t online shop for cute sports bras on Gap Body.

9. “Ugh, I wish I had small boobs” is something you hear often

Sometimes it’s a lie, and sometimes it isn’t. The truth is, you obviously can understand the perks of having meager breasticles.

10. Slightly squeezing your arms into your chest so that it appears as though you have cleavage is a thing you’ve done

You were probably half a Screwdriver away from making out with the bartender anyway, so whatever. You'll put your elbows two inches closer together on the bar if it will get you your drink faster.

11. When you lie flat on your back, you wonder where your boobs went

12. You can sleep flat on your stomach, though. SUCKAS

Even though I’m partial to the fetal position (psychological readings/theories COMMENCE) , the option to sleep on my belly is totally there for me.

13. Oh, and gravity definitely doesn’t apply to you

Did I mention your boobs will probably stay firm and supple forever and ever?