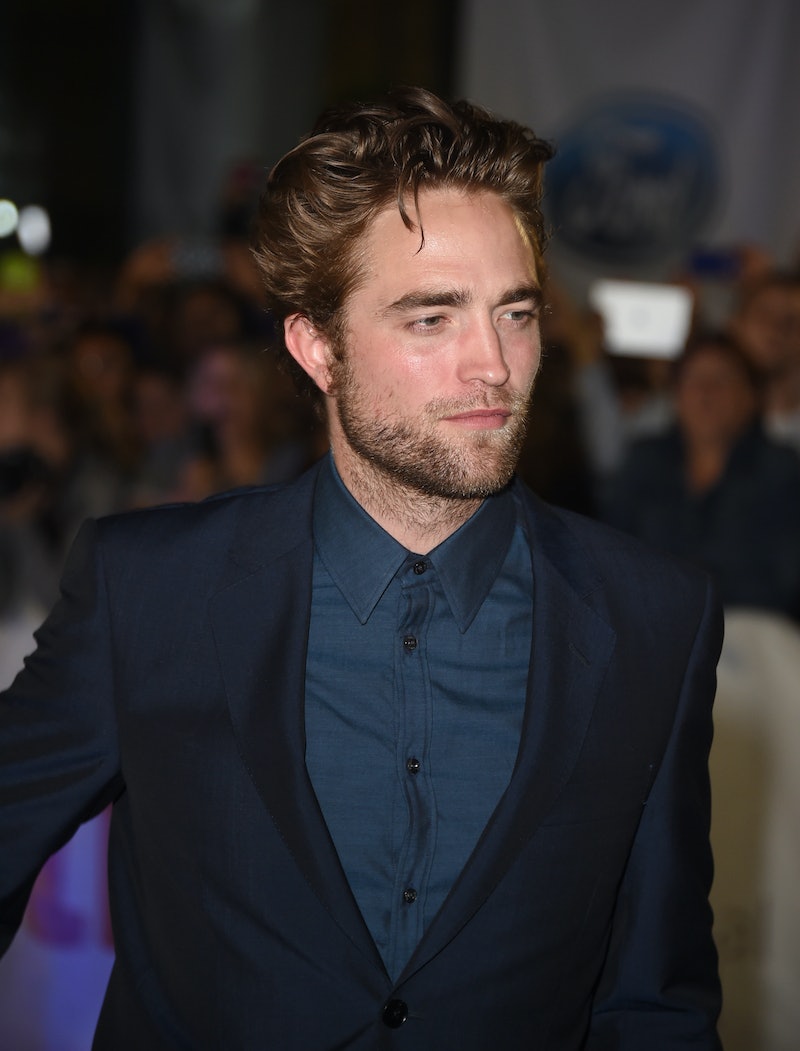 Oh, you thought you were a Twilight superfan? Nope, Lauren Adkins has you beat. She took her Edward Cullen obsession to a whole new level — a level to which no fan has gone before. Adkins married a cardboard cutout of Robert Pattinson. Yes, you read that correctly. A 25-year-old woman married a piece of cardboard shaped like Pattinson, and the ceremony happened in Las Vegas, of course. In an interview with the Daily Mirror, Adkins said, "We got hitched in Las Vegas last year and I’m sure we’re happier than most newlyweds. People might think I’m crazy but my flat-pack R. Patz is the closest I’ll get to the real thing and he’s the one for me."

Honestly, I don't know what to think. Is this a publicity stunt? Is it actually true love? Is marrying a piece of cardboard a genius idea? OK, maybe not the last one. But I mean, props to this girl for not being afraid to do something different. And by different, I mean very different. Apparently she was so sick of being disappointed by guys her age, she figured she should try hanging out with the cardboard cutout. Naturally that's the next best option, right?

In the same interview, Adkins talked about how she's always been obsessed with fairytales. When her dreams of falling in love on prom night didn't happen, she hoped she'd meet the perfect man in college. But nope, no success there either. That's when she discovered the Twilight series and had an epiphany: "It was different from any love story I’d seen ­before — after all, the leading character was as likely to suck your blood as open the door for you. I was obsessed." Then she saw the movie and it changed everything. She recalls, "When Robert Pattinson appeared on screen at midnight, he was perfect. I knew that very minute I wanted to marry him."

And marry him, she did. After taking the cutout everywhere with her, one of her friends joked, "‘If you love him so much why don’t you marry him?’ Her words rang in my ears. She was right. Why didn’t I?"

If you're dying to know what the wedding was like, wish granted. She told the Daily Mail, "I walked down the aisle in January in the white wedding dress I’ve always dreamt of." The day cost £2,000, but she didn't mind because she wanted to do things properly. There were 50 guests who shared champagne and a five-tier cake.

We had our honeymoon in LA and I wanted us to climb up to the Hollywood sign together. I had to carry him, and we had to do it at night because he can’t be in the sun. But everyone makes sacrifices for the man they love, right?

I mean, I guess that last part is true. Love trumps all. Let's just hope marrying cardboard cutouts doesn't become a huge trend. Like remember a few years ago when people took cardboard cutouts to prom? Even that was a bit much for me. But at least Adkins is happy. Now I wonder what R. Patz thinks of this whole thing.