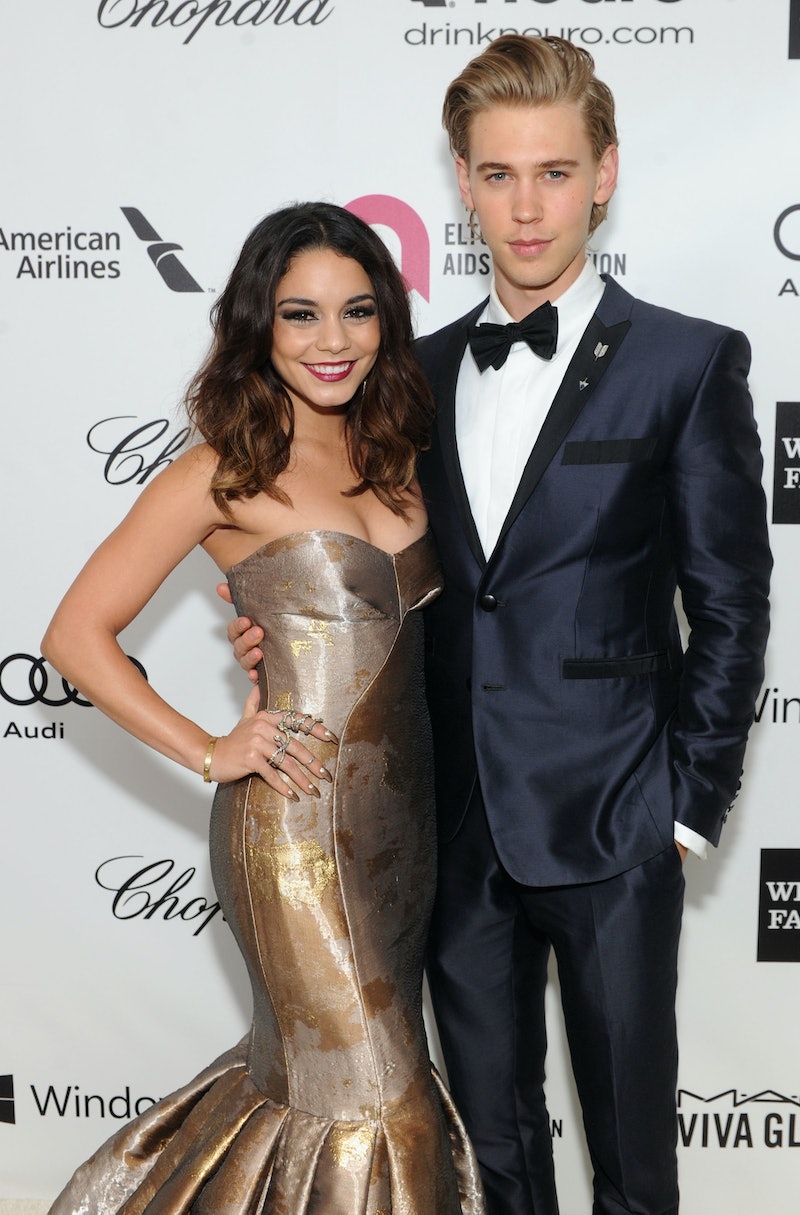 Symmetrically-faced individuals Vanessa Hudgens and Austin Butler have been dating for around three years now. Sure, there are plenty of reasons one could imagine the union of V. Hudge and A. Buttz to be a match made in paradise. First of all, their abbreviated names form a perfect symphony of amusing syllables (heh, V. Hudge and A. Buttz). Second, both parties are masters of the sexy frown. And last, but not least, they both rose to prominence in kid-oriented entertainment — Hudgens in High School Musical and Butler in Zoey 101 & HSM offshoot Sharpay's Fabulous Adventure. Pray tell, how did Vanessa Hudgens and Austin Butler meet? Sure, they're no Zanessa, but the HSM connection is strong with these two.

According to the Daily Mail, Hudgens, 25, and Butler, 23, have been going steady since September 2011. Their relationship seems to be particularly strong these days with Hudgens being a support system for Butler after the recent untimely death of his mother. Before the stars went public with their relationship, the rumor mill was working over time. In September 2011, Butler was reportedly seen leaving Hudgens' house. Later on in the month, the pair was spotted at Bob's Big Boy in LA sharing a milkshake and being decidedly handsy. At this point, the media reached a collective consensus of "Yep, they're dating!" From then on, they've lived in romantic fauxhemian bliss.

How'd they end up in canoodle-ville? Were they introduced by a mutual friend? After all, Butler had a leading role in Sharpay's Fabulous Adventure, starring Hudgens' former High School Musical co-star and ride-or-die best buddy Ashley Tisdale. To this day, Tisdale and Hudgens remain close. Hudgens was even a bridesmaid in Tisdale's recent wedding. Butler played Peyton Leverett, Sharpay's new special friend in the HSM spinoff. I'll take this as more evidence to affirm my conjecture: movies about snazzy singing teenagers had to have something to do with Hudgens and Butler's romance.

BUT HARK! You may be surprised to find that the HSM connection is even more direct than Sharpay playing matchmaker. According to the Daily Mail, Vanessa and Austin made their first introduction all the way back in 2005 on the set of the original High School Musical. Mind you, this was back when the actress was still dating co-star Zac Efron. There is no record of Butler being in the film, and he hasn't given interviews about being part of the cast. However, Butler was doing extra work on various TV series' at the time, so maybe he just happened to be in the vicinity. It's entirely possible that he was just floating around the studio mooching off of craft services when he had a chance run-in with Gabriella Montez. Sounds plausible to me!

Whether you're a Vaustin booster or a Zanessa fan, one thing's for sure. High School Musical was a place where relationships were born.