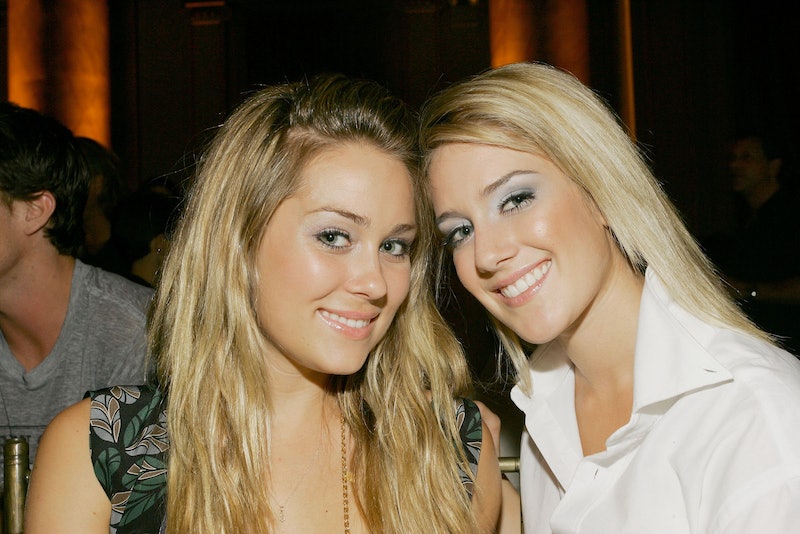 Everyone's favorite Orange County gurl got hitched at a winery in Santa Ynez, Calif. over the weekend (talk to ya never, Stephen), and although the made-for-Pinterest pictures have yet to surface, it's safe to say that Lauren Conrad's wedding to musician and law school graduate William Tell, who she met on a blind Valentine's Day Date, was perfection. For a generation who's been following her 10-year-long saga to find love since she first appeared on TV screens in MTV's Laguna Beach, this wedding has been a long time coming, to say the least. Laguna Beach alum and omnipresent bestie Lo Bosworth was one of the bridesmaids (who all wore L.C.'s dress designs, natch), but there was no answer to the real question on everyone's minds: did plastic nightmare couple Heidi Montag and Spencer Pratt score an invite?!

While The Hills couple who obsessed over crystals together has apparently stayed together, it's safe to say there was no sign of them at the nuptials. Mr. and Mrs. Tell released a statement to Us Weekly following the wedding, saying, "What a perfect way to start our lives together; surrounded by the people we love most." Sorry, Heidi, but I doubt you and Spencer fall under "the people we love most" category for L.C. and her new man. Even still, Montag tweeted out a cute congrats for the new husband and wife.

Even though Lauren and Heidi didn't end on the greatest of terms, the latter's tweet makes me wonder: Could there be a potential rekindling of a friendship for these two? Can they ever move on from the ~drama~ of reality shows past? Should someone text Audrina and make sure she's still alive? Despite the fact they aren't close right now, a Lauren Conrad and Heidi Montag reunion would be really amazing.

Heidi: "Does William ever walk around the house naked covered in crystal necklaces? When Spencer does it, it's like, so annoying."

I mean, someone has to drag Justin Bobby out of his dumpster, right?

If they become friends again, it could mean a potential L.C.-Kristen reunion, too!

Haha, JK. That would never happen.

Anyways... Come on, Lauren! Tweet back at Heidi and make Hills fans dreams come true. Please? For us?