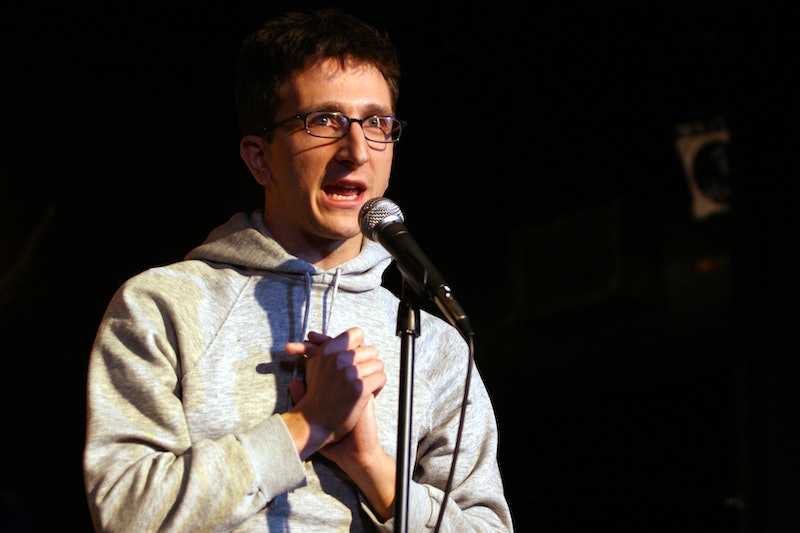 Earlier this summer, Hulu was vying for the Judd Apatow comedy series Love starring Community's Gillian Jacobs. However, it has just been announced that Netflix has officially nabbed the series and has already agreed to two full seasons. Though Apatow has mostly been sticking to film projects in his vast comedy empire, his earlier forays into television Freaks and Geeks and Undeclared were huge cult hits with fans. He's also behind a little series on HBO called GIRLS, which is probably why Netflix jumped at the opportunity to take on an Apatow-written online television comedy.

Netflix Chief Content Officer Ted Sarandos commented on the acquisition, "Judd Apatow has a unique comedic voice that manages to be delightful, insightful, and shockingly frank — often at the same time,”

According to Indiewire , Love is, “a character-based comedy revolving around relationships, romantic and otherwise, with one (very messed-up) couple in particular at the center.” Playing that couple will be Jacobs and Mickey and series co-writer Paul Rust as Gus. Considering the team who is involved with the project, there's no doubt Love will explore all of the mant embarassing, exhausting, and downright bizarre circumstances that come with partnering-up.

Without a doubt, many of Community's devoted fans will follow Jacobs over to Netflix. Her co-star Rust is perhaps might seem a little less well-known, but he's actuallt got quite the roster. Here's where you know the Love's leading man:

I Love You, Beth Cooper

Rust played Dennis, the nerd who confessed his endless love to the teen queen Beth Cooper (Heyden Pannetiere) during his high school graduation speech. Chaos ensued, punches were thrown, parties were had, and yes there were boobs. It was everything you'd expect out of a teen comedy.

Pfc. Andy Kagan (center) was a Jewish-American soldier who joined Brad Pitt's legion of Basterds to take dwon the Nazis! A small, but memorable role in a top-notch film.

In the episode "Leslie vs. April" in which April and Leslie fight over a location for a dog park, Joe Biden makes a guest appearance, and Tom tries to get Rent-A-Swag off the ground, Rust plays local pundit Brian Raisins. There are a lot of great character names in Pawnee, but Brian Raisins might be the best.

More like this
Mike Myers Plays A Whopping 8 Different Characters In ‘The Pentaverate’
By Brad Witter
After 'Heartstopper' Used This Indie Artist’s Song, Streams For It Soared 8,000%
By Alyssa Lapid
There's Plenty Of Source Material For A Potential 'Lincoln Lawyer' Season 2
By Kadin Burnett
'Virgin River' Season 4 Finally Has A Release Date
By Bustle Editors
Get Even More From Bustle — Sign Up For The Newsletter