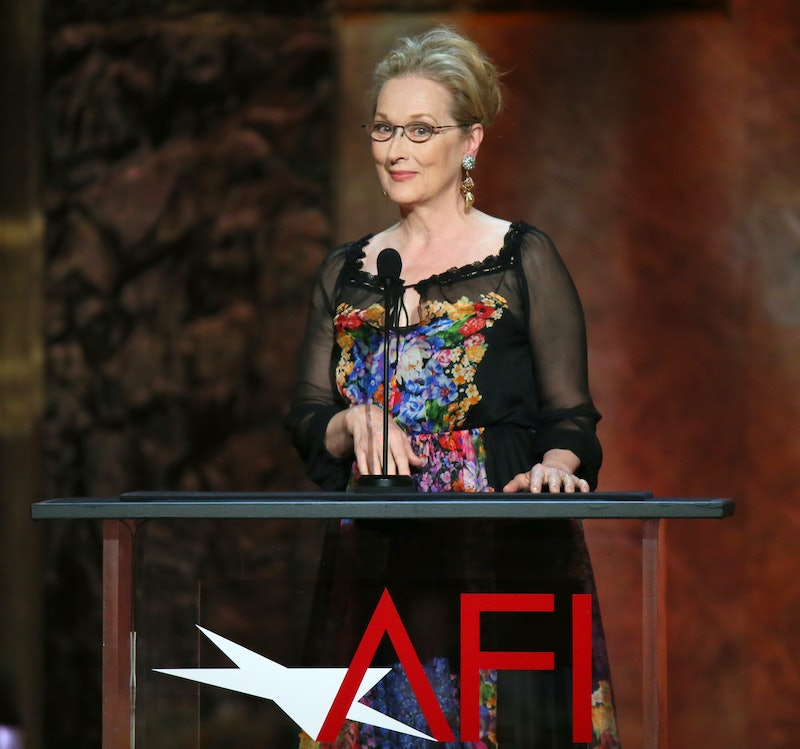 If you needed more proof (than, you know, her entire filmography) that Meryl Streep truly can play any character, lay your non-believing eyes on this: Meryl Streep's new character poster for Into the Woods , the upcoming Grimm fairy tale-inspired film in which she plays The Witch who curses people and can't find a suitable deep conditioner for her hair type. We've already caught a glimpse of her in the role in the trailer, but this is one of the first good looks we've had — and it doesn't disappoint.

"Be careful what you wish for," the poster reads, below an image of Streep looking very witchy and intimidating — like, if I saw her approaching me in a dark alley looking like that, I would 110 percent run the other way. It just speaks to how deeply Streep really can get into any role, though: In the past year, she's gone from playing Margaret Thatcher in The Iron Lady to a widowed, pill-popping mother in August: Osage County, to this.

The film, which also features a star-studded cast including Anna Kendrick, Chris Pine, Emily Blunt, James Corden, Johnny Depp, and Tracy Ullman, is set for release on December 25, Christmas day, so expect the promotional material giving us more looks at Streep's new role as the release date grows closer. Until then, check the poster below.