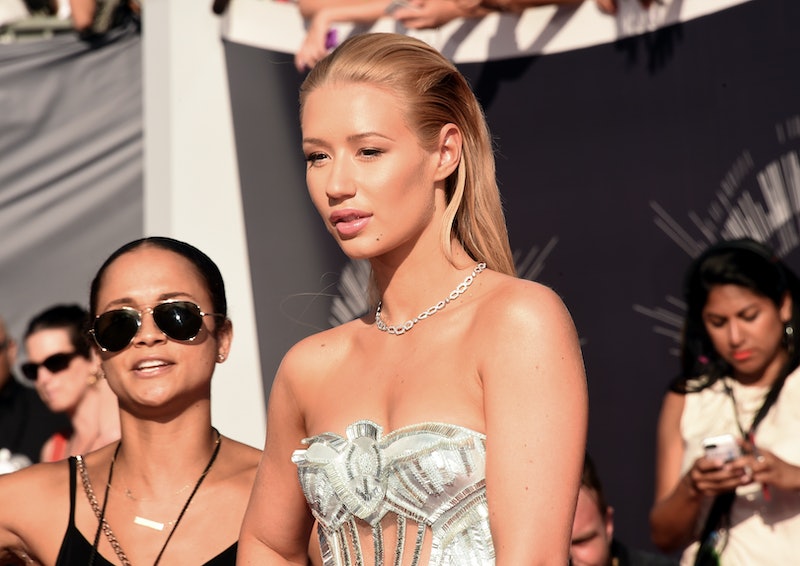 Sorry not sorry, but you're about to watch something awesome. Perhaps just as jaw-droppingly awesome as the sugar content of The Cheesecake Factory's namesake dessert. However, those delicious treats are excusable — for they are too good to completely dismiss. But this insanely hilarious cover of Iggy Azalea's "Fancy" by some very enthusiastic Cheesecake Factory employees is not half as scrumptious as a peanut butter chocolate cheesecake which makes it much harder to find an excuse for. Trust me though, it's still worth a view. (Hat tip to New York Magazine's Daily Intelligencer for pointing out this real, er, delicious gem.)

Simply put, the video is hilarious. It's the sort of thing that the sadistic Internet eats up like it's, you know, cheesecake. I've got to give these Buffalo, New York Cheesecake Factory employees credit where it's due. They're having fun, after all! The woman who takes the lead front and center is super enthusiastic about her job. And why shouldn't she be? She may not possess Iggy Azalea's rapping skills, but hey, we can't all be so fancy. We can all, however, be so cheesecake — we already kn-ow.

You can check out the awesomely bad video below. Trust me, you won't regret it. Hit it, guys!