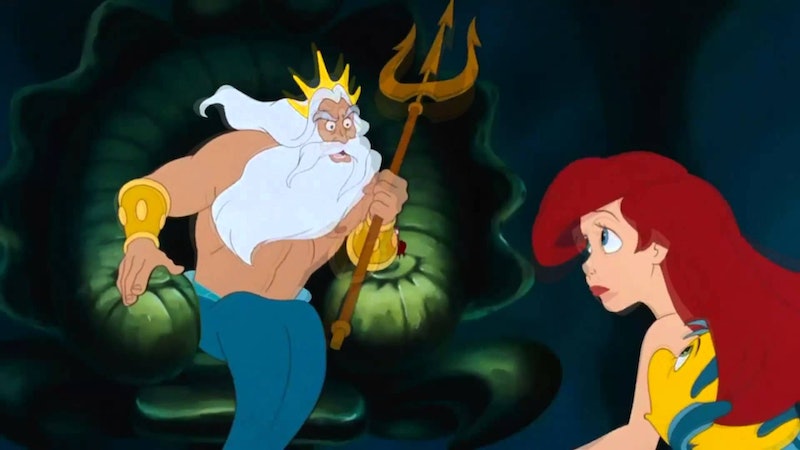 Disney producer Don Hahn recently sat down with Glamour to talk Disney secrets and finally address the glaring lack of mother-figures in the Disney princess movies. Turns out, there a very logical explanation for the obvious persistence of motherless Disney princesses. According to Hahn, one of the reasons Disney princesses rarely have mothers is purely practical: "The movies are 80 or 90 minutes long, and Disney films are about growing up. They’re about that day in your life when you have to accept responsibility[...] In shorthand, it’s much quicker to have characters grow up when you bump off their parents. Bambi’s mother gets killed, so he has to grow up[...]It’s a story shorthand." Makes sense, but why is it the mom who typically gets "bumped off" before the movie even starts?

However, Hahn also told a story that suggests there's a somewhat disturbing reason for Disney's tradition of leaving mothers out. Back in the 1940's when Walt Disney was alive, he reportedly bought a house for his parents. Hahn said, "He had the studio guys come over and fix the furnace, but when his mom and dad moved in, the furnace leaked and his mother died[...]I’m not a psychologist, but he was really haunted by that." While Disney's story of loss is certainly tragic, it doesn't make much sense to keep cutting female characters out when Disney himself is long gone. The"practical" reason isn't very convincing and seems like just another excuse to cut out female characters and replace them with a "cool dad", as Sarah Boxer of The Atlantic wrote:

Is the unconscious goal of these motherless movies to paper over reality? [...]To suggest that fathers would be better than mothers if only they had the chance? To hint that the world would be better without mothers?[...]Or maybe an expression of the primal rage that the psychoanalyst Melanie Klein described as the infant’s 'uncontrollable greedy and destructive phantasies and impulses against his mother’s breasts.'

Whichever bizarre, pseudo-Freudian reasons may exist that explain the absence of mothers in Disney films, the whole "killing off the mom" thing is a stale, tired tradition. MOMS RULE.