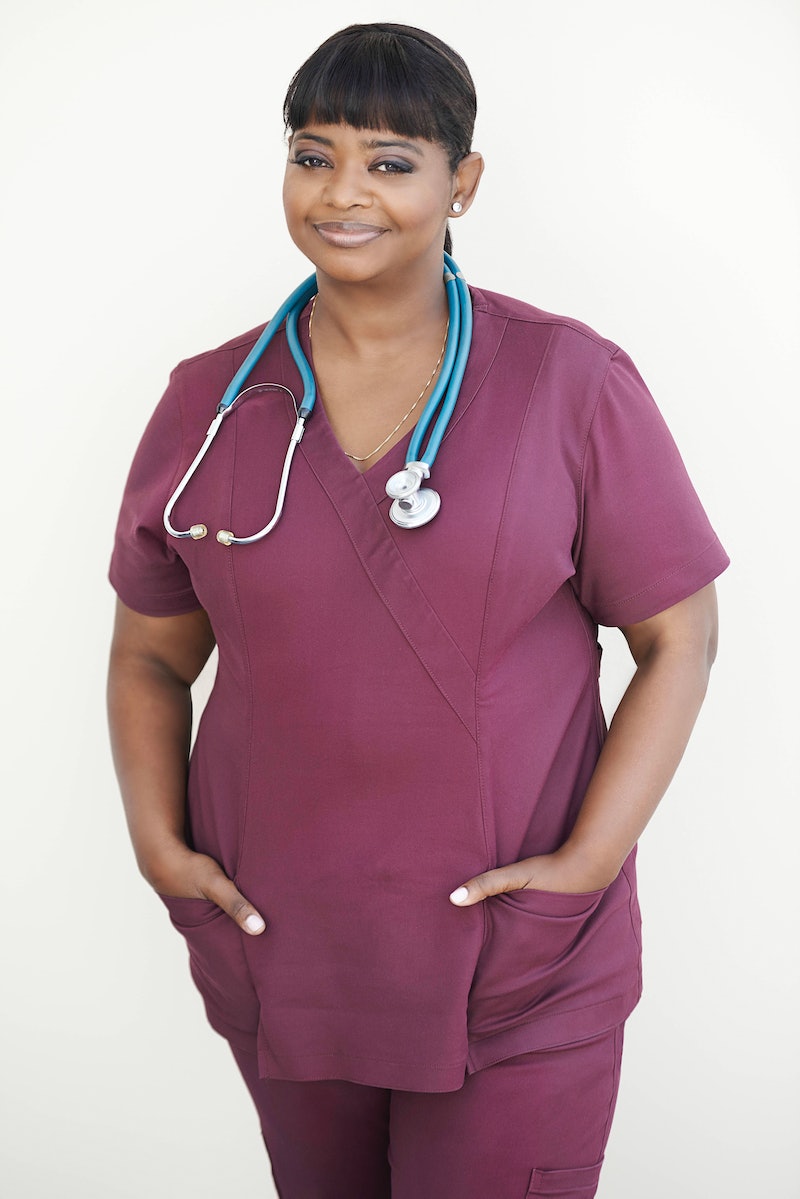 FOX's new medical drama Red Band Society will show how an extended stay wing of a children's hospital is a crossroads for the family, friends, and home away from home for the teens who stay there and the workplace of the doctors and nurses who work there. The show wears its sappy heart on its sleeve, and it looks like the kind of nakedly emotional tearjerker that will make it both hard to watch and completely addictive. The thing that's surprising is that Red Band Society brings Octavia Spencer to TV where she plays the head nurse, Nurse Jackson. Spencer, who won a Best Supporting Actress Oscar in 2011 for The Help, has somehow settled in on network television.

What's stranger is that her The Help costar and Leading Actress Oscar nominee Viola Davis is also on television; of course, at least Davis gets the comfort of being a part of Shonda Rhimes' plan for world (or at least ABC) domination on How to Get Away with Murder. And this is just a few months after Oscar-winner Halle Berry appeared on CBS' Extant.

These women are well-awarded film actresses who routinely get great roles in small, critically adored films or thankless but well-performed roles in big movies. They're also all black women over 40 in a business that we know is incredibly difficult if you're only one of those things. Even Kerry Washington, another star who bridges the distance between film and TV, can't get herself an Emmy win despite being on one of the most hotly anticipated shows of the season and having an Oscar nomination in her back pocket. So well-regarded black actresses don't have the easiest time getting work, and are running to the more plentiful television market. But why are they fleeing to networks, rather than say, cable fare?

Cable would make more sense. It's known as the place where adventurous actors get well-rewarded for busting out of their comfort zones and getting a little crazy. Just ask the cast of thousands on American Horror Story, which roped in movie stars like Jessica Lange, Kathy Bates, and Angela Bassett to chew the scenery on FX. Or Matthew McConaughey and Woody Harrelson, soon to be replaced by Colin Farrell and Vince Vaughn on True Detective. It's smart for a movie actor to dip into television if it's for a fixed, short series that will leave plenty of time to make and promote a movie or two around the flexible shooting schedule. But committing to a network drama series means signing a contract for twenty-two episodes and the express hope that there will be multiple seasons.

Well, network TV is strangely enough one of the best places to work if you're a black actress with some brush with Oscar gold. Even though Spencer was in two critical favorites last year — Fruitvale Station and Snowpiercer — and gave another strong (if stereotypical) supporting turn in Get On Up, reuniting with The Help director Tate Taylor, she instantly notches up to "token star" on Red Band Society, and network TV is taking pains to make a niche for talented but underserved women. While there are a few shows like Orange is the New Black that take pains to write for underrepresented demographics, the majority of cable is still centered around white, middle-aged men, so these black women are heading to a market that's willing to take a chance on them.

However, it might be a blessing in disguise. Network TV pays these women well and can sell a show starring them without it being considered too niche. And since we're getting such great performances 22 times a season, we could be looking at the network television renaissance as a place championing diversity and making outstanding shows capable of competing with cable. Octavia Spencer might just be on the cutting edge of that trend by popping up in Red Band Society.

More like this
Lydia Leonard Is Setting The Record Straight
By Olivia-Anne Cleary
Sandra Bullock, Girlboss Extraordinaire
By Matt Harkins & Viviana Olen
Spice Girls’ Net Worth: The Richest Member Is Wealthier Than The Rest Combined
By Hugh McIntyre
The Time Traveler’s Wife Book Has A Heartbreaking Ending
By K.W. Colyard
Get Even More From Bustle — Sign Up For The Newsletter