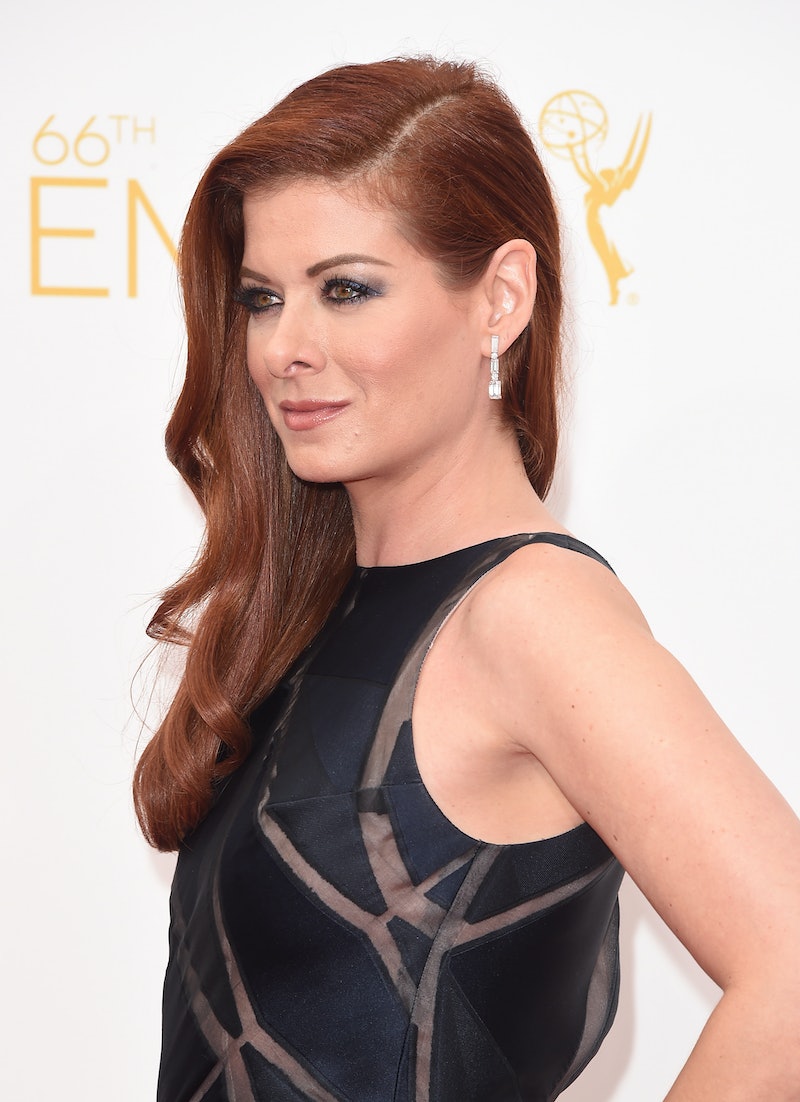 With her grand return to NBC tonight on The Mysteries of Laura, Debra Messing returns to a limelight that recently was mainly reserved for her on the stage — both literally on Broadway for Outside Mullingar and the TV musical Smash. Although Messing will be returning to her comedy roots for The Mysteries of Laura, which follows a homicidal cop who has to juggle daily baddies, two pre-teen sons, and a soon-to-be-ex-husband working in the same precinct, the Emmy-winning actress will have more personal experience to draw on as she gears up to play a recently-separated mom. Messing divorced her screenwriter husband Daniel Zelman in June 2012, after 10 years of marriage.

In June 2013, the actress opened up in More magazine about both the pain of the separation, and how it would affect the couple's 10-year-old son, Roman.

But after the Hollywood couple was forced to work on opposite coasts for three years, Messing told Ladies' Home Journal that they were on the same page about the divorce and doing what was best for their son.

And I am at peace with the journey we've had. I feel like the 20 years we had together has been a huge success.

And though Messing and Zelman are no longer together, they continue to raise Roman as a unit. Messing will no doubt be able to draw inspiration from this, as her character on The Mysteries of Laura must learn to co-parent with her ex-husband, played by Josh Lucas.

We'll have to wait and see if The Mysteries of Laura also follows Messing's own life by giving her a new love interest, as she has been happily dating ex- Smash co-star Will Chase since 2012. Chase stars on ABC's Nashville, so that means once The Mysteries of Laura premieres, you'll be able to watch both halves of the couple every Wednesday night.