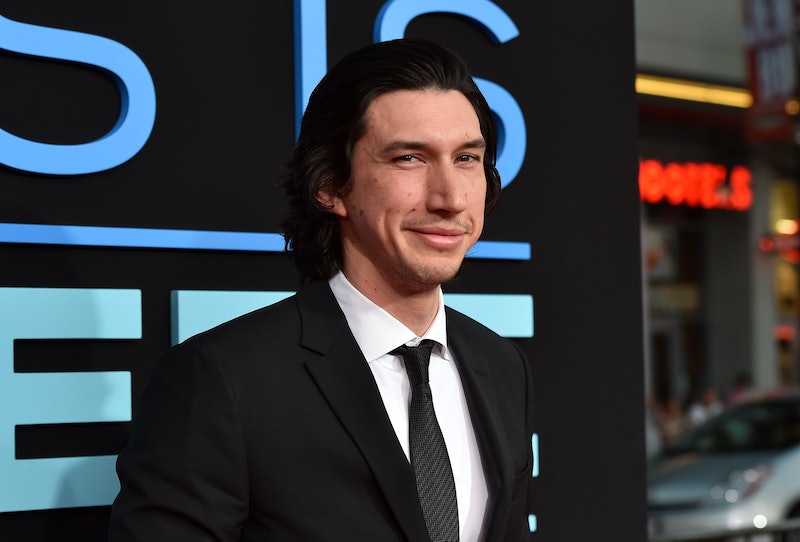 Adam Driver has a lot of irons in the fire. There's This Is Where I Leave You, which comes out Friday, his upcoming and much-anticipated turn as the villain in the new Star Wars movie (set to release sometime next year), his recent Emmy nomination for his work on Girls ... dude is about to break out in a major way, and I have a feeling that Driver's stellar work in This Is Where I Leave You will be a career-defining moment for him.

For those of us who know him from Girls, he shows us a more palatable version of Adam Sackler in this film; like Adam comedy'd up for more mainstream success. This Is Where I Leave You's Phillip is the guy that might just win over all the disapproving mothers who wrinkled their nose at Adam's myriad hard-to-watch sex scenes (apparently, his lone sex scene — with Connie Britton, no less — got scrapped from this film). And it's not to say Phillip is perfect (he's just as messed up as the rest of the Foxman/Altmans, which is kind of the point of the movie) but he's a little sweeter than we've seen Driver play before, and hey: He's not uncomfortably making girls crawl around on the ground. So there's that.

There's also the fact that he's pretty darn funny — in a film filled with comedy veterans like Jason Bateman, Tina Fey, Jane Fonda, and Rose Byrne, he deftly manages to get a good chunk of the laughs. In fact, I'd go so far as to say the majority of the hearty belly laughs sprinkled throughout the film are rightfully his — along with his on-screen love interest Britton, he gave one of the standout performances in the film: He's a standout amidst a cast of standouts, if you will.

With his easy charm and unique sense of humor, he could easily have a long career in really good romantic comedies. But considering his roles in Lincoln, Frances Ha, and Inside Llewyn Davis, and his upcoming role in Star Wars, it seems like Driver has his eye set on more serious subject matters. The kid can do anything, though, so here's hoping he continues to take on the important roles — be they comedic, dramatic, or anything in between — that comes his way.