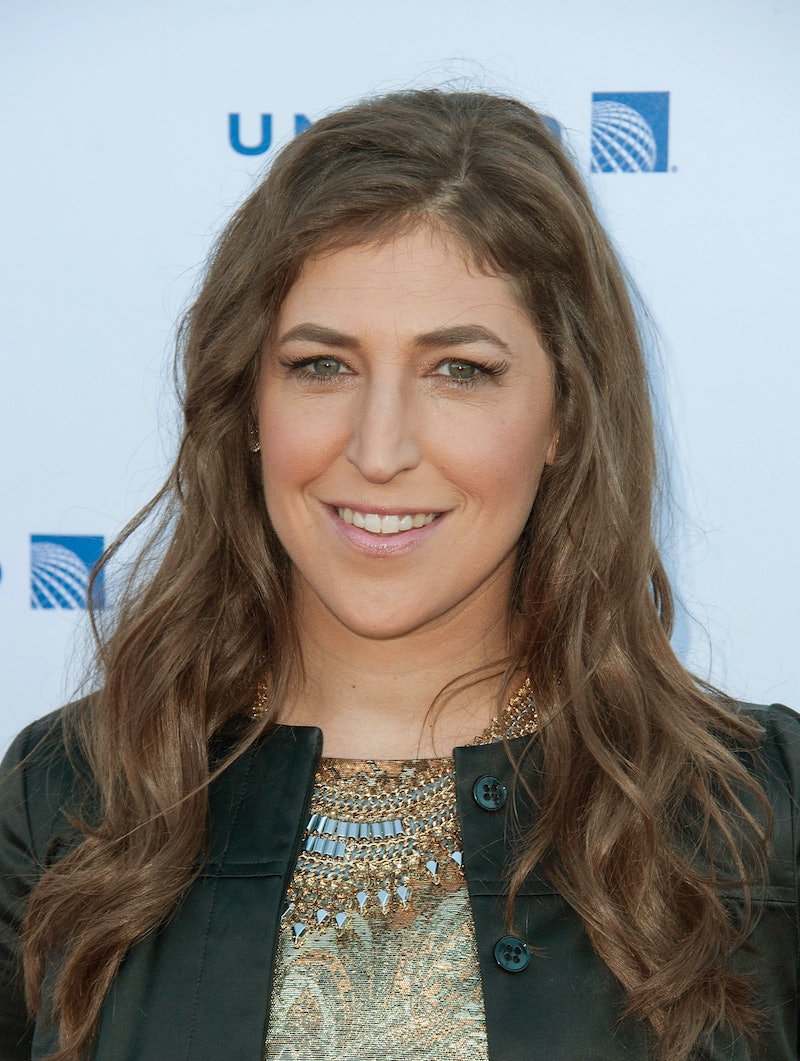 Not only does The Big Bang Theory actress not know who Ariana Grande is, but Mayim Bialik also hates Frozen. Yes, the actual movie, not just all the "Let It Go" parodies. In a blog post titled, "Why My Sons and I Hate the Movie Frozen," Bialik goes into detail about the problems she has with the plot of the film, namely that it's lacking female agency. That's pretty rich, considering she stars on one of TV's least feminist shows. Nevertheless, she writes of the movie:

The search for a man/love/Prince is still the reigning plot line in the movie ... The sister’s desire to marry this guy she just met, and the other sister getting mad at her—we still have a plot about the identification of a woman being based on her desire and search to meet a man.

But Bialik also has a problem with the way the movie treats men. Or as she calls it, "male bashing."

The Prince/hero turns out to be a scheming villain. He pretended to love her and then he double crosses her and she gets the lesson taught to her not to trust those nasty scheming conniving men. Because you know, men can’t be trusted? Meh.

Her third point is about how the female characters look too much like skinny, fragile dolls, which I will give her. But her first two points couldn't be further from the truth.

As far as female agency, this movie is filled with it. I would argue that any marriage subplot is basically tossed away in the beginning of the movie so the true plot can emerge. This is not a film about a woman finding a husband, this is a movie about a woman finding her sister. Anna treks out to find Elsa on her own. She doesn't request that her fiancé or any of his guards go with her. She meets Kristoff by accident, but she certainly didn't need a man to start her journey.

There are men in this movie, and they are a part of the plot, but the main characters in this film are Anna and Elsa. It's made very evident throughout Frozen that they will give up everything for each other, instead of everything for a man.

Additionally, it's not even like Anna set out to find a husband that day she met Hans. She was most excited about getting out of the castle, meeting new people, and seeing her sister for the first time in forever.

It's not just "evil man = male bashing," and "woman wants to get married = no female agency." Bialik is absolutely allowed to not like Frozen, but I disagree with her wholeheartedly.