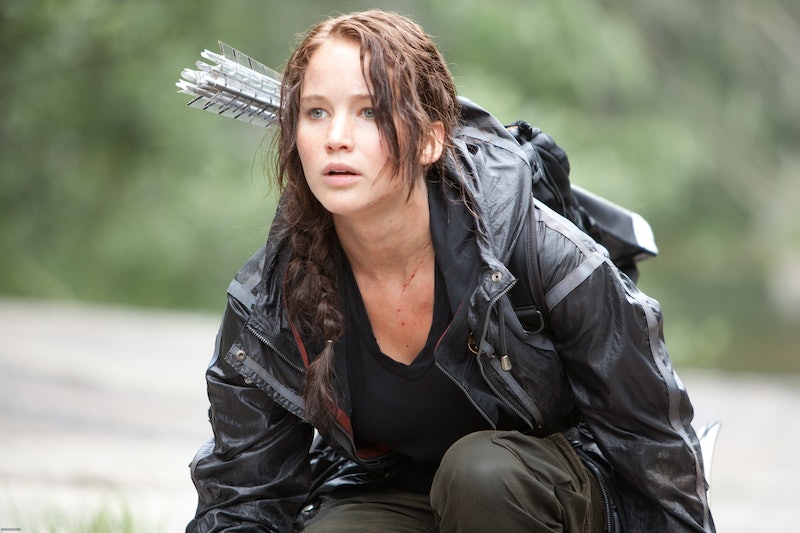 It's hard to tell when you're actually watching any given film or a trailer, but there's more than just lines from a script that set the mood of a scene: tone, lighting, and background music all play parts, too, and even slightly tweaking them can make a scene come off totally different than it's intended to — like, say, a horror movie could become a romantic comedy, or a romantic comedy could become a horror film. Case-in-point: On last night's Jimmy Kimmel Live!, host Jimmy Kimmel presented a "remixed" version of The Hunger Games: Mockingjay trailer, recut as a romantic comedy rather than the badass action sci-fi film it actually is in real life. With a few minor changes and additions (aka, an upbeat "movie trailer" voiceover, and happy music playing), the trailer suddenly becomes like something advertising a '90s teen film like Never Been Kissed unbelievably easily.

To be fair, Kimmel did have some help from Mockingjay 's storyline itself — the love triangle between Katniss, Peeta, and Gale was already a big part of the plot, so it was easy to play off that and create this hilarious spoof.

You can check the spoof out below. And if you haven't yet caught it, check out the real first trailer for The Hunger Games: Mockingjay , set to hit theaters on November 21, 2014.