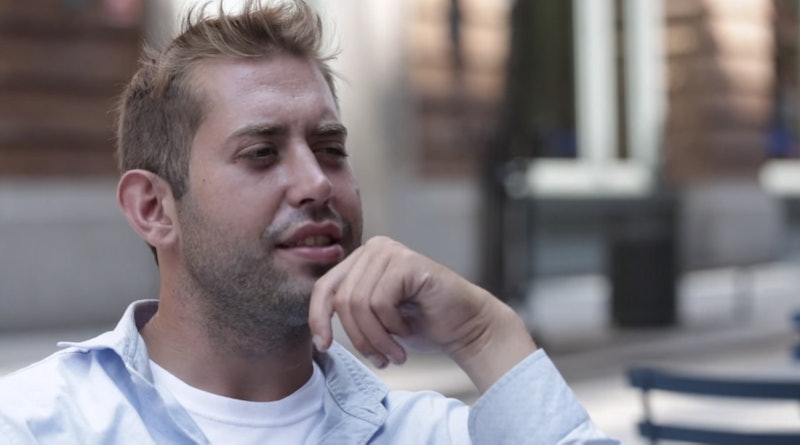 Meet Joe. He is your average 20-something living in New York City. He views Manhattan as his oyster, and every woman he meets as another opportunity to get on his righteous swerve. His best friend is named “the cheapest vodka you have, I’m just mixing it with Gatorade so it doesn’t matter,” and his hobbies include “a shit-ton of Klonopin”. You’ve passed on a million Joes on Tinder or OKCupid, and, if one night you found yourself full of self-loathing or potent vodka-Gatorades, you’ve taken a Joe or two (or five) home for the night. Just like jelly sandals once being cool: It happens.

This Joe, though? He is not your average...guy (see what I did there?) For one thing, he’s homeless, and he may have solved the problem of providing housing for those dwelling on the streets once and for all. Shine up the Nobel Prize for this Boston native, y’all, because Joe’s got it sorted. Sure, he spends a couple of nights a week sleeping on cardboard on the street, but the rest of the time, he’s living high on the hog.

That’s because in order to get a roof over his head and a couple of showers in during the week, Joe hooks up with as many girls as possible. He goes back to their place, does the dirty and sleeps free of the fear that a small dog will maybe pee on his head or that maybe he will be stabbed or set on fire. Apparently I need to be writing more “10 Ways to Tell If He’s Homeless” articles. Who knew?

How long he stays with each paramour depends, he says on “how good the pipe I lay is.” Yup. Did we mention that in addition to his ground-breaking socio-economic theories Joe is also a righteous douche-lord? Because he totally is. Maybe it’s in poor taste to call out a homeless guy for hustling any way he can to stay alive, but Joe’s homeless because his mom kicked him out once she found his stash of drugs. The guy is basically a living breathing Onion article.

I would like to take this moment to be clear that I am not mocking Joe for being homeless. Being homeless does not inherently make someone less human, less worthy of getting their freak on, or really "less" anything. Homelessness can strike anyone, including douchey dude-bros. To, to be clear, I am not judging Joe for his lack of a permanent address. I am judging him for being an entitled, catcalling nightmare of a human who makes me cringe for the plight of single women everywhere. His homelessness is merely the context within which his pre-existing awfulness shines; it is not the thing that is awful about him.

Even his words of wisdom are lackluster. He advises kids in a video on Elite Daily not to “be like him”. But he’s not warning them away from a difficult life, he’s cockily proclaiming that he’s the only one who could make this sort of “abstract” lifestyle work. That’s arrogant and unhelpful. That said, dude does seem to know how throw down like everyday is your birthday. Your sad, depraved, Bret Easton Ellis-type birthday.

More like this
What Is "The Ick?" The TikTok Dating Term, Explained
By Courtney Young
The Most Compatible Life Path Numbers, According To Numerologists
By Kristine Fellizar
9 Alternatives To The 3-Day Texting Rule In Dating
By Ginny Hogan
Bustle Newsletter: May 13, 2022
By Stephanie Talmadge
Get Even More From Bustle — Sign Up For The Newsletter