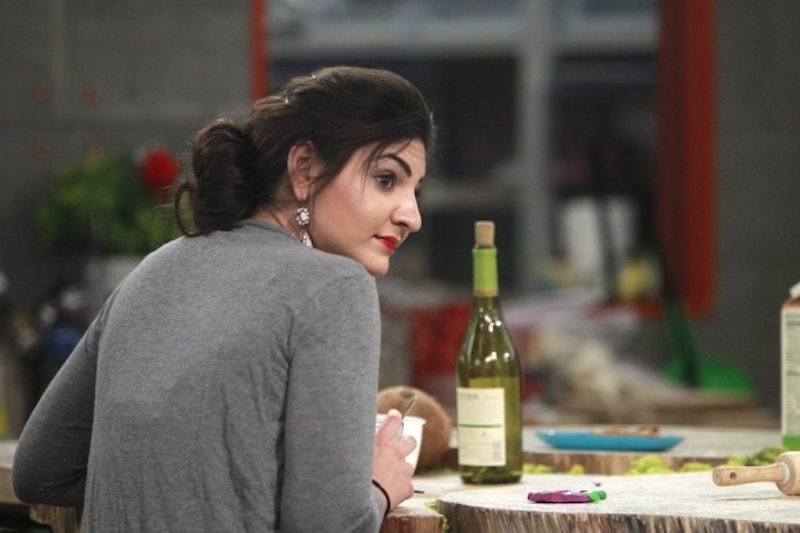 I know that Zach said that Christine was the ultimate floater in Big Brother history, but Victoria is a huge life raft if that is the case, because this houseguest has done absolutely nothing to get to the final four, yet somehow she is still there. Victoria has been extremely useful to the other houseguests, proving to be the weakest competitor in the game — I'm still not over the 17-minute Veto time — along with being a great pawn to put on the block. Counting the current nominations for final four, Victoria has officially been on the block nine times. That's nine times out of 12 weeks and 15 nomination ceremonies (including double evictions). So is that survival percentage going to help her win the game?

Well, I can confidently say that Victoria hasn't survived this many times because she is a fierce competitor. Despite what she said in her Tuesday night pre-eviction speech about "doing a lot to get to that point in the game" (of which Caleb's face was priceless), Victoria has done the absolute bare minimum to survive this long. She hasn't really won anything other than two Veto competitions — one which was handed to her — and she hasn't made a single game move until she faked an argument with Derrick to help him get further in the game.

But if Victoria somehow manages to make it to the final two, will she have enough of a compelling argument with her nine survived evictions to win the game? The short answer: no. The long answer: Nooooooooooo. It's pretty predictable how it could go down. Someone, let's say Zach — because we know how much he loves Victoria — asks Victoria, "What did you do to get this far in the game, making you worthy to win?" of which Victoria would answer, "I managed to survive nine evictions, making sure I remained in the game." And that is when the jury will do this:

Because there is no way Victoria can convince the jury that her surviving nine evictions was anyone's doing but their own. The only reason she got as far in the game is because every single one of them thought they could beat her at the end of the game. But with that said, Victoria did get further than them, and if she does get to the final two, she'll be $50,000 richer than them. So really, who has the last laugh?