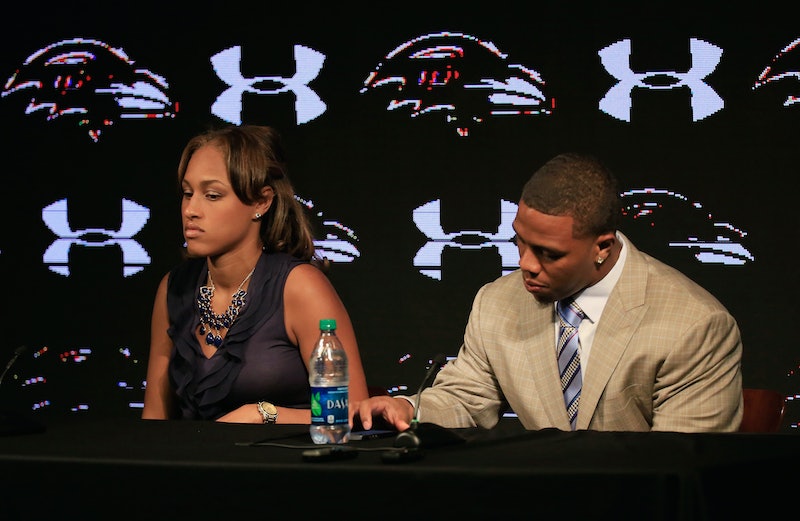 You ready for the new scariest thing you've heard in all of ever? Turns out 1 in 5 men admit to having hit or otherwise physically harmed a wife or girlfriend. I'm not sure if that's horrific or just depressing, but either way, it's still scary as hell and enough to give a person nightmares.

In a study conducted by the University of Michigan, men were asked if they had ever been physically violent with a wife or girlfriend over the course of their relationship (the examples of violence given were "pushed, grabbed, or shoved; threw something; slapped or hit; kicked, bit, or hit with a fist; beat up; choked; burned or scalded; threatened with a knife or gun"). Out of the 500 men who gave a reply, 19 percent admitted they had done at least one of the things on the list. Nightmares, all week long.

The data here comes from research done about 10 years ago and recently spotlighted by NBC News as part of the ongoing national conversation on domestic violence following the Ray Rice incident. Still, it's fair to assume that the findings from this study are still just as relevant to us today given how little progress has been made in regards to violence against women over the past decade — after all, the issue is such a low priority for many of our national officials that Congress very nearly didn't reauthorize the Violence Against Women Act last year. In fact, some studies have suggested that violence against women has actually been getting worse in the 21st century.

The scariest part about these findings, of course, is the fact that this only reflects the number of men willing to admit they have harmed an intimate partner. It stands to reason that the actual number of abusive men could easily be far higher. And even more terrifying: What the hell kind of world do we live in where this many men have hurt a woman they supposedly love? I mean, it makes sense given that so few abusers ever see serious consequences, but still, one in five? Maybe I'm just naive, but it still boggles my mind. As MofoPolitics points out:

A greater percentage of men hit women than:

It is possible, of course, that many of the men in this survey answered in the affirmative due to some sort of one-time incident, but given everything we know about abusive behavior and how it manifests and how difficult it is to change, it's unlikely that these men are a majority of that 19 percent — or that those "one-time" events will stay that way.

The bottom line is that even though it's been clear for a long time that domestic violence is way, way, way too common, it's one thing to know that and another to see the numbers on how many men admit to abusive behavior. Clearly, our society has a domestic violence problem, one that goes way beyond football or celebrities. And we need to deal with it, because these numbers are just not okay.

More like this
How To Fight For Reproductive Rights, Based On How Much Time You Have
By Courtney Young
How The City Healed Five Years On From The Manchester Arena Attack
By Ella Glover
Yomi Adegoke On The Offline Diaries & The Power Of Representation
By Jessica Morgan
10 Times Boris Johnson Got It Wrong On Trans Rights
By El Hunt and Sam Ramsden
Get Even More From Bustle — Sign Up For The Newsletter