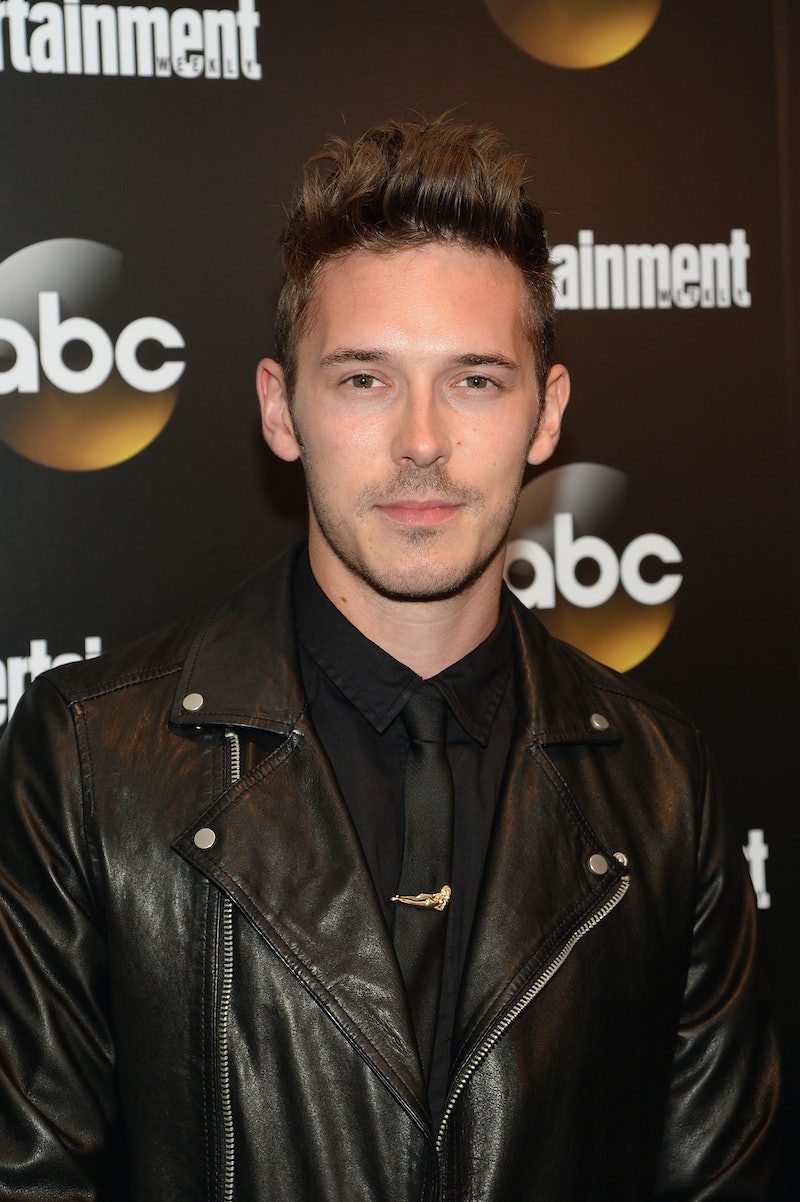 For the record, I totally concur with the suggestion that the Golden Globes and the Oscars need to give substantially more shine to Nashville 's Sam Palladio. For an actor who's not even from America, let alone the south, pulling off an authentic southern accent can't be the easiest feat. But thanks to Palladio closely studying the works of Tennessee Williams, his portrayal of Gunnar Scott sounds less like a cat on a hot tin roof and more like an authentic Southern man, which is quite impressive considering the fact that's he a) British and b) wasn't that into mainstream country music before appearing on the show. For a hint of the acting awesomeness of which I speak, just check out Gunnar's amazing duet with Scarlett. He shares some undeniable chemistry onscreen with his co-star, but I'm still wondering if the right one come along for him yet. In other words, is Sam Palladio single? Shockingly enough, the answer appears to be yes—at least for the time being. You would think a handsome guy with an accent who's doubly talented in the arts, takes time out to read and post fan letters on Instagram and was completely geeked when Pink followed him on Twitter would've been scooped up a long time ago, right? Not so much. By all accounts, Palladio appears to be single, but I'm not sure he's quite ready to mingle, unless you count his music as a significant other.

So far, the only digital footprint associated with Palladio's dating life is his brief involvement with Nashville co-star Chloe Bennett. However, Palladio did mention in this Vulture interview that he's not exactly into mixing business with pleasure.

Maybe the potential of his real life mirroring the scripted drama between Gunnar and Scarlett scares Palladio, or perhaps it's the fact that he's so fully focused on his music projects that he doesn't have time to entertain the masses and find the girl of his dreams. Therefore a union between Gunnar and his totally adorable co-star and pal Chaley Rose probably won't happen, no matter how cute they look together.

Besides, it looks like he's too busy channeling Elvis...

And working on harmonies for his debut album.

Ah well, you can't be mad at a guy for focusing on his career. But hopefully Palladio will make time for some play in between all of his hard work.