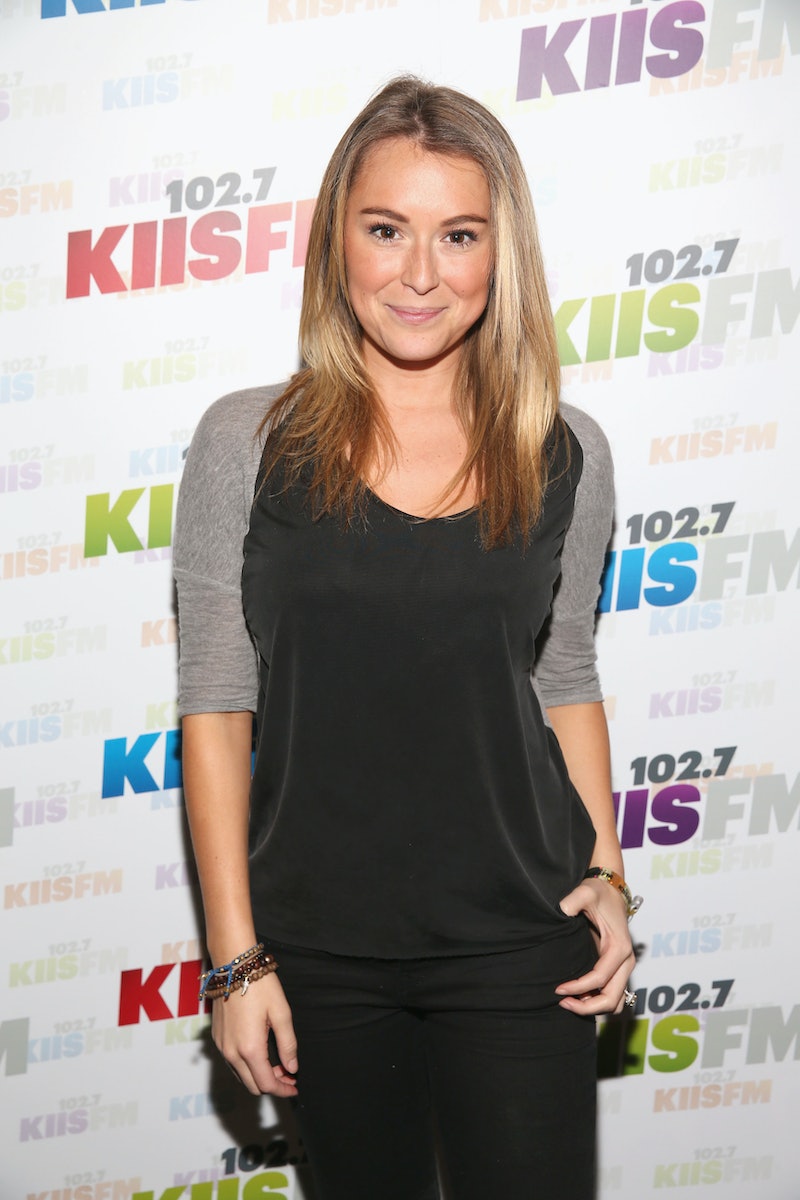 Life in Nashville is about to get complicated for Gunnar Scott. Former Spy Kids star Alexa Vega has been cast as Kiley, Gunnar's ex-girlfriend and a single mom whose kid is about the right age for Gunnar to be the father, according to TVLine. First Juliette's pregnancy raises questions, now this? The paternity drama never ends! Vega's casting and more provide some interesting insight into Nashville Season 3, which premieres Sept. 24.

First and foremost, this does not bode well for Gunnar and Scarlett's romantic reunion. But don't put that on Kiley just yet. Showrunner Dee Johnson commented to TVLine, "I don't think necessarily that [Gunnar's] plea at the end of the finale was any kind of a magic fix." In addition, an ABC press release from Sept. 8 for the groundbreaking premiere titled "That's Me Without You" confirms that "Scarlett, determined to start fresh, embarks on a road trip home and bonds with an unexpected stowaway."

You know what? Good for you, Scarlett. Sometimes you have to choose yourself. I wonder who the stowaway could be. Will, making a run for it after outing himself on camera? Jeff Fordham, trying a new tactic to sign artists to his label? I'm kidding. My actual guess is Scarlett's cousin, Maddie. That youth is pissed at Rayna, Deacon, and Teddy... She's probably mad at Luke too.

Running away to Mississippi with Scarlett would be a perfect act of teenage rebellion. Maddie desperately wants the career that Scarlett is backing away from. This might be what both girls need.

That said, Scarlett has to return eventually. Right? We just don't know what she's going to find when she does. With Kiley on the scene, Gunnar still has two ladies to juggle.

This seems to suggest that Gunnar's girlfriend Zoey, who is supposed to be on tour with Juliette, is sticking around. That's not too surprising, considering the ramifications that Hayden Panettiere's pregnancy could have on the rest of the show. However, I can't see Gunnar and Zoey's relationship lasting much longer. Even if the tour is canceled and Zoey stays home, Gunnar's heart is clearly in another place. The arrival of a former flame and their potential child won't help.

If Gunnar and Kiley dated 10 years ago, she surely knew his late brother Jason. Jason's death brought out a darker side in Gunnar (and Scarlett) that I bet the Nashville writers have been itching to explore. You can't escape your past, and people from your past can carry all sorts of demons. Heck, maybe Jason is the father of Kiley's child. Would that be crazy? I don't know.

Finally, the question we should all be asking as Nashville viewers is: does Kiley sing? It's quite likely that her reasons for moving to Music City go beyond Gunnar and the kid. (Unless the boy is a puppy love interest for little Daphne Conrad!) I would not be surprised if Laura Benanti's character, Sadie Stone, isn't the only new artist coming to town and Kiley has some ulterior ambitions. Gunnar certainly has a type — what if Kiley was his original Scarlett?

We already know that Vega can sing. She has released songs for several acting projects including the Spy Kids franchise, the canceled ABC Family series Ruby and the Rockits, and the cult musical Repo! The Genetic Opera. Check out this creepy clip and decide for yourself how you see her fitting into the Nashville world.