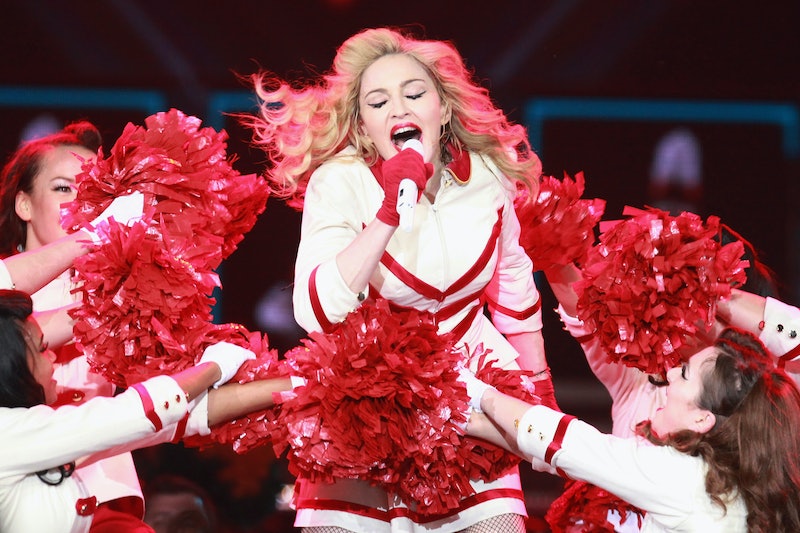 Say what you will about Madonna, but I am still unabashedly mad for Madge. But my love for the ultimate pop queen doesn't hold a candle to Matthew Rettenmund, who could probably design a Bachelor of Arts program in the study of Madonna. Rettenmund has started a Kickstarter campaign to fund a 20th Anniversary edition of the Encyclopedia Madonnica, a follow-up to his first edition, which he published in 1995. As shown in his campaign video, the first volume received a lot of media attention and was considered the go-to for Madonna secrets and memorabilia. Now, though, in the Golden Age of Internet, Rettenmund says he's got to take a different approach to make the book stand out, because he definitely wants it printed and bound:

Now, I have to cover another 20 years, and I have to do it in a way that makes the book a real value to fans spoiled by the 24/7 news cycle. I have to bring fresh material to the table, so the book will include original interviews and never-before-seen photos — I want it to be a fan’s wet dream.

Totally with him that a Madonna ode and opus should be printed and collectable rather than an e-book, because Madge is an old-school classic, even though she's constantly reinventing herself. She was the shot heard 'round the world pre-selfies and tweets and snapchats. Here's Rettenmund's Kickstarter video: 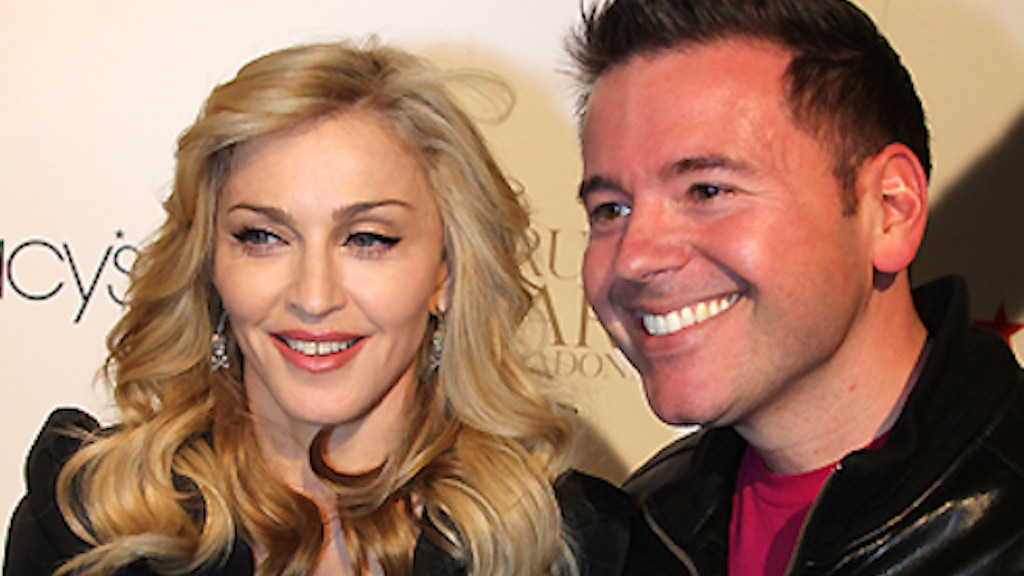 And here are some of Madonna's best, most girl power moments from the past 20 years that make her superhuman and archive-worthy.

Even though most of her later cinematic performances were panned, Madonna's Eva Perón in Evita in 1996 was THE BUSINESS. Never mind how gorgeous Madonna looks in all those glamorous outfits, but she was playing the difficult and controversial character of Eva Perón and did so in a way that was delicate and ultimately, celebrated. She won a Golden Globe for her performance.

Madge totally took a turn with this album, which was one of the first trippy electronic albums of its time. Pioneer, o pioneer! Also, the music video for Ray of Light is mesmerizing even now. I sure as hell didn't know what a zephyr was when I was eight years old, but who cares?!

Probably one of the more memorable times I was truly scandalized as a naive little tween. That infamous image of Madonna french kissing Britney Spears and Christina Aguilera on the stage at the 2003 MTV Video Music Awards was shocking, but for Madonna it felt more like a little wink — there she was on stage with two ladies that really owed their whole careers to Madonna. And she knew it.

Let me just remind you that Madonna was 54 years old when she performed during the Super Bowl XLVI halftime show. The stamina is unfathomable. She arrived on stage in glittering gold as Cleopatra, another queen, but even dressed as someone else, it never feels derivative with Madge. It might seem a little cocky of her to imply her queendom, but you know what? She's royalty and she earned it. I mean LOOK AT HER GO.

Keeping Up the Controversy (2006 to infinity and beyond)

She's been no stranger to pushing buttons; you could even say Madge built her career on it, beginning with getting freaky onstage with "Like a Virgin" in 1984. Fast forward to almost two decades later to her Confessions tour in 2006 where she came on stage literally hung up on a cross. She pissed off the Roman Catholics, but that didn't stop her from infusing her MDNA tour with even more radical stuff: guns, nudity, gay rights, oh my. She even took the opportunity while touring in Russia to urge the freeing of Pussy Riot and preach the evils of censorship.

Loving Madonna doesn't mean loving everything she's done — she's certainly had her missteps. But the fact of the matter is that she has forged a path for nearly every female pop start that's been successful after Madonna's career, and her constant reinvention doesn't show any signs of stopping any time soon.