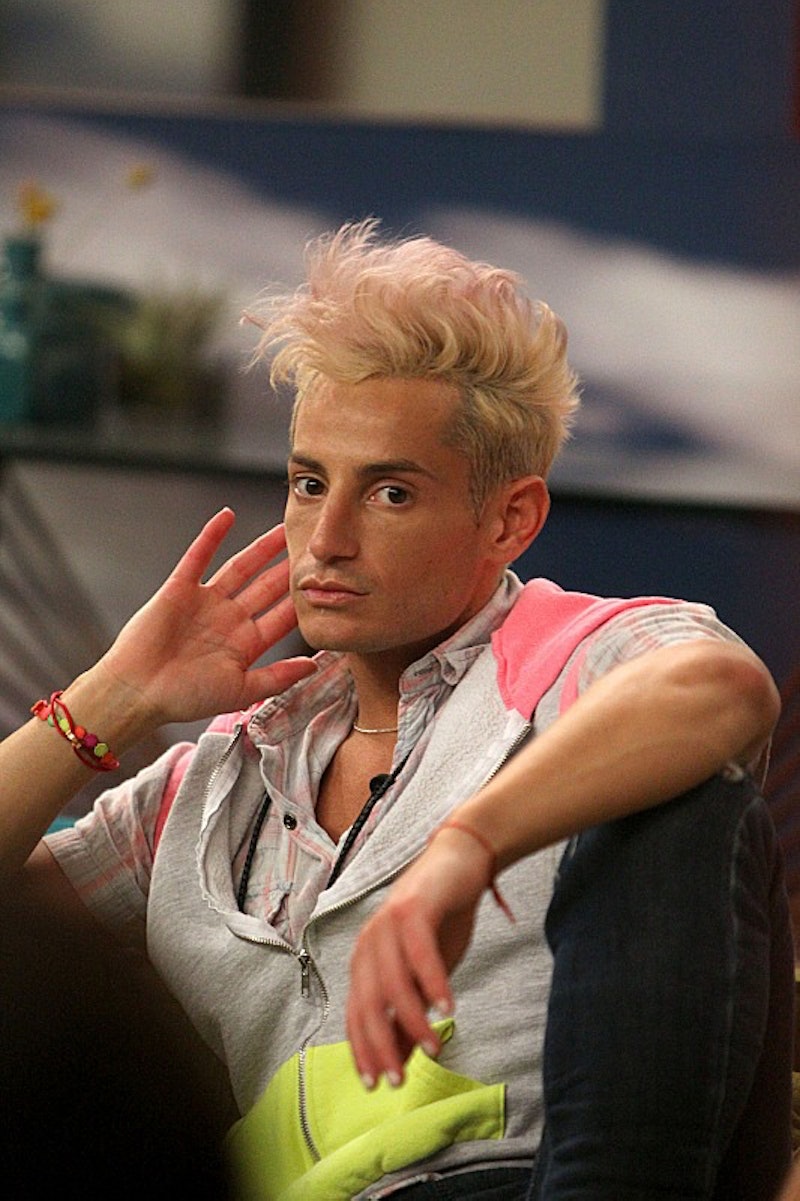 So the question is, why didn't Frankie Grande get booed when he left the house? Did CBS manage to get an audience full of Ariana Grande fans to assure that he didn't get booed? While this would make sense, remember that this wasn't a live eviction (Frankie was actually evicted Monday), so it would be hard to contain any leaks of who the evicted houseguest was before it aired on Tuesday. So that only means one thing: The audience was full of CBS employees, and that is why Frankie Grande wasn't booed when he was evicted.

Sure, it could sound a little conspiracy theorist of me to say that, but guess what, it's a known fact that CBS employees make up the audience during non-live evictions. Check out these Big Brother Twitter accounts that follow and report on all things BB (and tend to be very accurate).

And while all of those tweets were from this week, when we already knew that Frankie was in danger of going home, Big Brother Spoilers' account posted in the beginning of September that this was going to happen, based on years past.

So now that we know why Frankie wasn't booed, can we expect the same thing to happen at the finale? I'm thinking no. When Julie welcomes the jury to the audience, they are usually cheered on. Well, if anything is right in this world, maybe Frankie will face the wrath of an unhappy audience during the live finale, which would almost make up for the lack of boos during his own eviction. Almost.