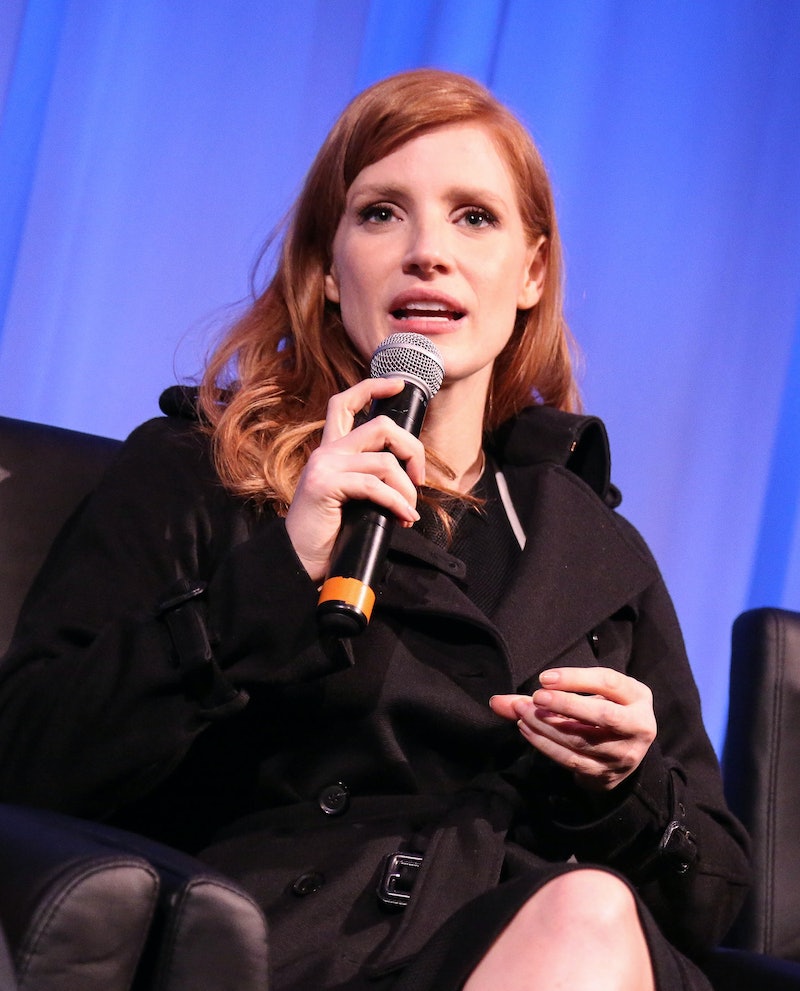 For someone who's never played a female superhero, Jessica Chastain sure talks a lot about female superheroes. I can't blame her, of course — the same could be said of me. In fact, Chastain's new position as the unofficial spokeswoman for the female superhero/female villain cause is only making me appreciate her all the more.

The most recent upcropping of Chastain's interest in the topic came during a Toronto International Film Festival interview in which Chastain was promoting her new film Miss Julie. Then the interviewer, to whom I am now eternally grateful, brought up the female superhero thing. Chastain responded as follows:

Interviewer: Jane Fonda said she's ready to go [for a female superhero movie]. Chastain: Oh, how incredible would Jane Fonda be? I mean, I think we're all there. I think also, too, a lot of men that I've talked to are there, too. Let's see some incredible superhero women, and some superhero villains that are women.

Considering it was the interviewer who very purposefully pushed the conversation in this direction, it can't really be said that Chastain is the one leading the charge here. But the fact that the interviewer asked the question at all — considering Chastain's not even rumored for any female superhero/villain casting, despite my personal investment in seeing her as Captain Marvel or Batwoman — it's clear that Chastain's very quickly forming a reputation for being someone to whom this matters, and who'll speak openly about it.

Sometimes — just sometimes — talking loudly and frequently about something like this will actually result in someone actually making a project with these discussions in mind. I'm glad Jessica Chastain is on our side on this one.