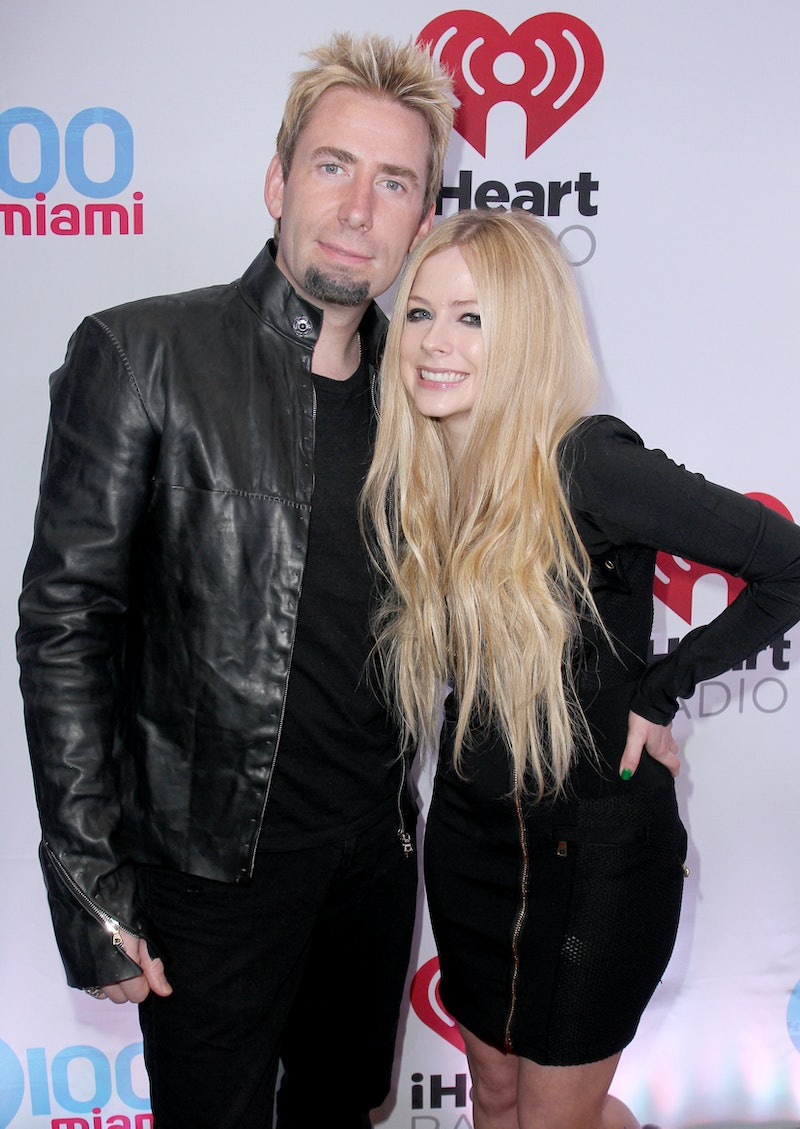 Moment of silence in the world of annoying music. According to your bible and mine, Us Weekly, Avril Lavigne and Chad Kroeger may be headed for divorce after just one year of marriage. Many people squinted their eyes and cocked their heads to the side when news broke that the tie-loving pop star was going to wed the Nickelback frontman a little over a year ago; but everyone seemed to get on board with their relationship when both Lavigne and Kroeger seemed so damn happy and in love. But now (if the reports are to be believed), Lavigne is splitting from her husband, as she did with her other husband, Sum 41 singer Deryck Whibley. And the glaring difference this time around is that Lavinge's current husband is handling things so, well...douchey.

So says a source, Kroeger has been "going around L.A. telling people that they are divorcing." Clearly, everyone is going to find out that the pair is splitting up, but "going around L.A. telling people" seems like a pretty immature, kind of disrespectful manner of going about things. Who knows what went on behind closed doors, but have a little decorum, dude. Airing your dirty laundry around town is so déclassé.

Hopefully, after the couple's split, Lavigne will stay single for a little while...and hopefully Kroeger will keep his yapper closed. Not cool, dude. Not cool at all.