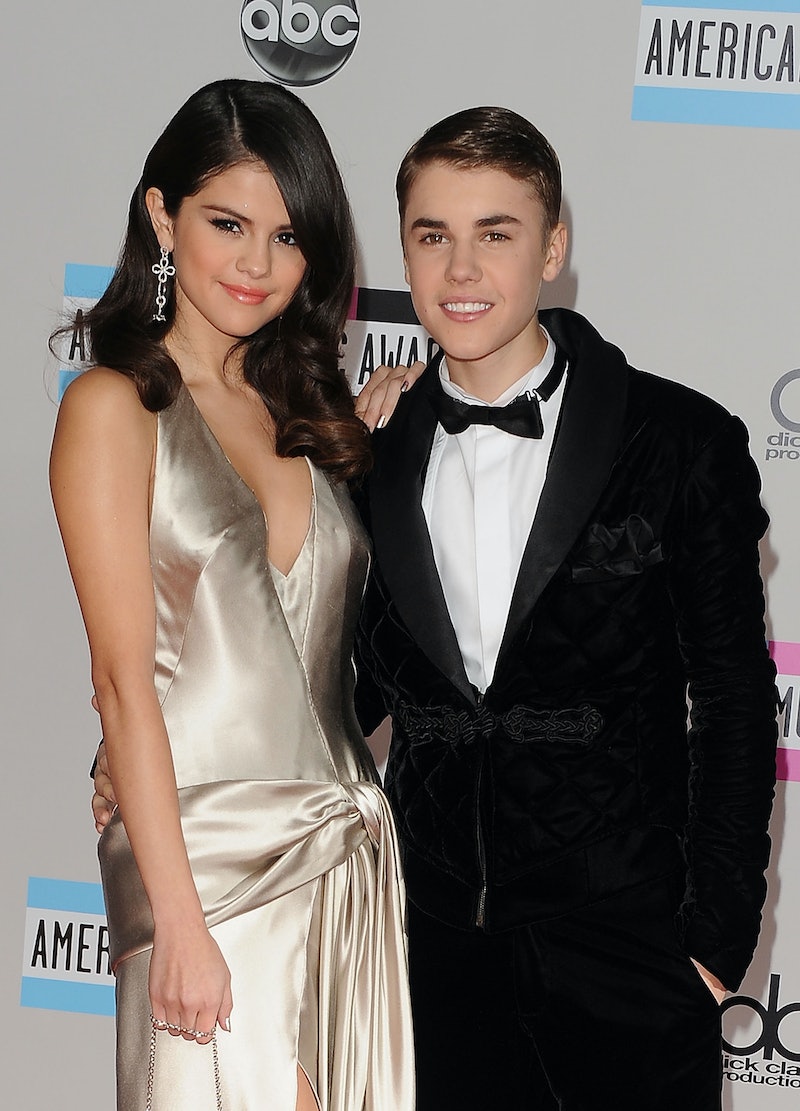 Now that Justin Bieber and Selena Gomez are publicly back together, the on-again off-again couple can resume their favorite romantic pastimes: snuggling, taking selfies, and apparently, spurning massive trays of delectable snacks. Justin Bieber and Selena Gomez hung out at a friend's birthday party, which we know because Bieber posted the following photo via Instagram of himself and Gomez on Wednesday. While some may be disappointed to realize that these two are back on, the real tragedy of the photo is that nobody was eating the food.

The scene of this culinary atrocity: LA's bowling alley-cum-club, Lucky Strike, which The Mirror reports Bieber rented out for friend Ryan Butler's birthday. According to an insider's account to E! News, Bieber and Gomez canoodled the night away like a couple would if it was their last night on Earth to canoodle. So fine. They're back together. Gomez is young, and clearly hasn't yet realized that idiot ex-boyfriends are a total waste of time. Especially ones with the legal rap sheet of Justin Bieber. Can't say this isn't a little disappointing, but baby girl needs to learn her own lessons.

So let's get to what I'm really sad about aka those entirely untouched plates of yummy stuff. Take note of what's wrong with this picture: a tray of hamburgers and nachos lurking melancholically in the background, apparently being totally ignored by everyone.

See what I mean? This is a travesty. That food just wants to be tasted, chewed, digested, and turned into energy. The worst part of this whole scene is that these dishes were probably all free. FREE I TELL YOU!!

In my dream art show of famouses taking free snacks for granted, this photo would definitely need to be used. The title of the collection would be "Sad Food: Sumptuous Celeb Smorgasboards, Snubbed." It would be evocative and disturbing and make the audience severely hungry, accomplishing its ultimate point. People are starving out there, guys. Eat your godforsaken comped nachos.