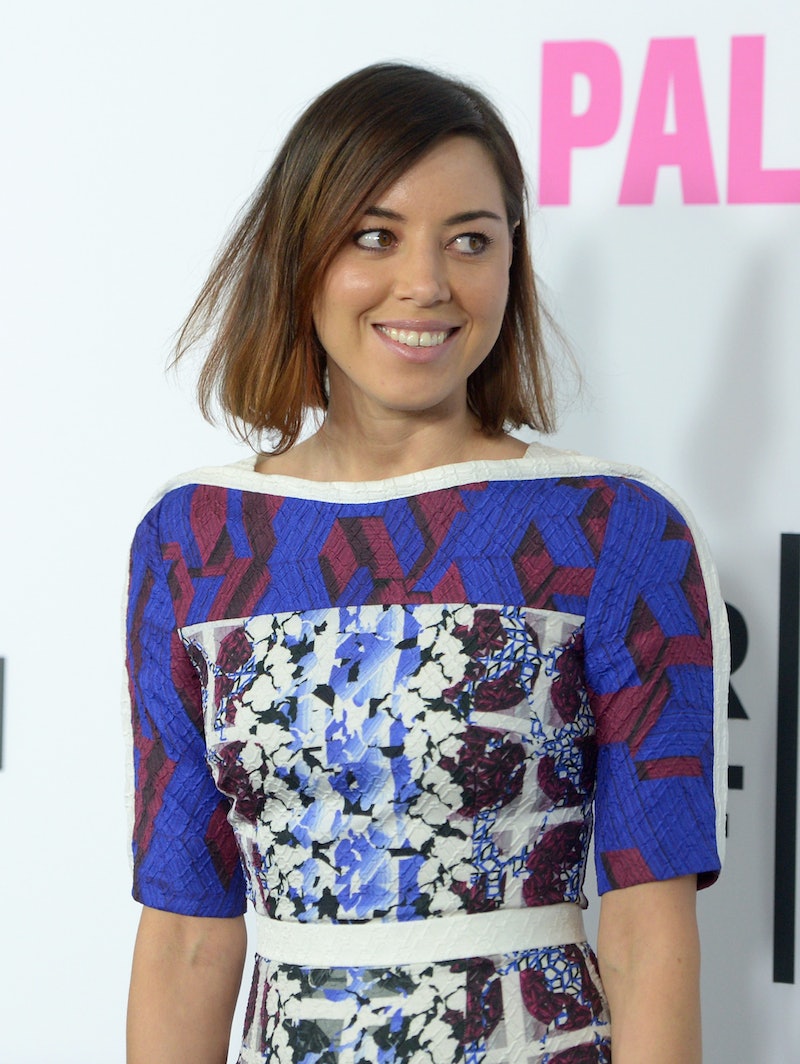 At this point, Grumpy Cat is basically an A-List celebrity. Never underestimate the power of society to come up with new and inventive ways to look at pictures of cats on the Internet. Not only has Grumpy Cat guest starred on The Bachelorette and stolen the whole show, but she also has a Christmas special coming to Lifetime that, let's be honest, probably won't make her any happier. The mystery of who would voice Grumpy Cat in the Christmas special was driving us all crazy — or was that just me? — but the answer is finally here. As it turns out, Aubrey Plaza will be the voice of Grumpy Cat and, seriously, they couldn't have picked a more perfect option. Anyone who has ever watched Parks and Recreation could tell you that April Ludgate is basically a human Grumpy Cat.

And, no, I'm not talking in the sense of that alarming revelation that Hello Kitty is actually a human girl. I'm pretty sure we all know by now that Grumpy Cat is an actual real life cat (whose name, fun fact, is actually Tardar Sauce). But Plaza has been Grumpy Cat-ing as April since before Grumpy Cat was even born. You might even say that she is the true, original Grumpy Cat. Literally, this was a match made in casting heaven, but nothing could prove that better than April Ludgate herself.

Don't we all? I mean, isn't that why Grumpy Cat was guest starring on The Bachelorette to begin with?

2. On Swallowing Her Pride

April and Grumpy Cat aren't the screaming and emotional flailing type, so post-it notes are the perfect way to communicate that they are around too many happy people.

How else are April and Grumpy Cat supposed to have fun at a party if no one has hit anyone and they're not drunk yet? This is just common sense.

For some, this would be exciting news. For April and Grumpy Cat, this is their happy face.

So does Grumpy Cat, hence why she only communicates in a series of meows and kitty scowls. Seriously, they couldn't have picked a better actress to voice the eponymous cat, even if the real Plaza does smile way more than April or Grumpy Cat probably find acceptable.

More like this
Jennifer Lopez Found The Perfect Ben Affleck Throwback Video For Mother’s Day
By Stephanie Topacio Long
Ryan Reynolds’ Mom Hilariously Tests His Patience In A Mother’s Day Video
By Brad Witter
My Picky Eater Dog Absolutely Devours This All-Natural Food
By Allison Berry
If You Have Pets, You Probably Don't Realize You're Making These Common Mistakes
By Mackenzie Edwards
Get Even More From Bustle — Sign Up For The Newsletter