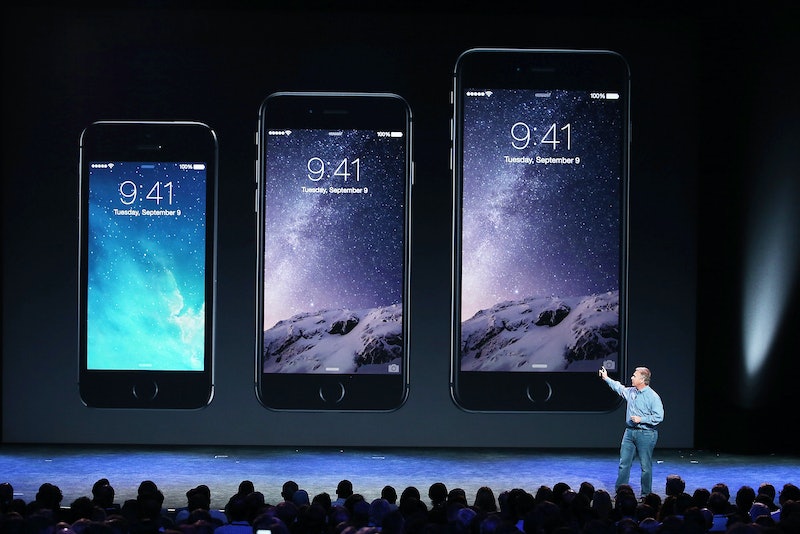 Apple's iPhone 6 has been getting pretty universally glowing reviews, but part of me can’t help but think it’s sort of Apple’s version of Batman: The iPhone we deserve (insofar as anyone can be said to “deserve” an iPhone), but alas, not the iPhone we need right now. For their latest trick, though, College Humor dares to imagine a better iPhone 6 — the iPhone 6 we both want and need. And yes, it’s hilarious.

Like most of the other Apple parodies out there, CH’s video riffs on the brand’s penchant for white backgrounds and disembodied voices. A fictionalized version of Apple Senior VP of Design, Jony Ive (voiced by Sam Reich), tells us all about the “innovative and delightful” new features a better iPhone would have — because for once, they’ve actually listened to the feedback their customers give them. This iPhone isn’t necessarily bigger, or brighter, or even more impressive; it does, however, come equipped with a lot of things the real iPhone kind of… doesn’t. A battery display that actually goes all the way to zero, instead of reaching 11 percent and causing your phone to shut down for no good reason? Genius! Backwards compatibility with all your old power cords? Fabulous! Jettisoning Apple Maps in favor of Google Maps? Yes please! Who needs an Apple Watch when you’ve got all these amazing features?

I say all this, by the way, as a fond iPhone user myself. Granted, I tend not to upgrade every time a new model comes out — I think I’m still on a 4S — but whatever. I’ll admit that weirdly, out of all of the new features the iPhone 6 and the Apple Watch have, the one I’m least excited about is the whole Apple Pay thing. College Humor’s video is the only one I’ve seen so far that hasn’t taken a dig at the fact that it involves iCloud… because the last time Cloud was hacked, nude photos of so many people ended up in places they never should have been. I don’t know about you, but putting my money there? Doesn’t seem the smartest thing to do right now, something which both Jacksfilms’ parody and the one from SamTimeNews seen below zero in on:

But who am I kidding? Eventually, that’s probably just how all money will work, so I suppose I’d better get used to it. At least I have decades worth of sci fi to help me along the path of acceptance, right?