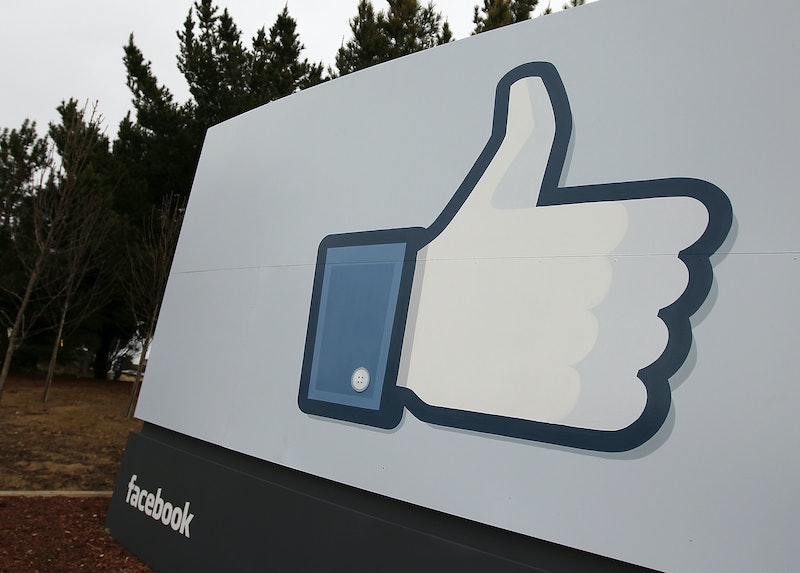 One of the worst things about living in the age of social media is that it makes it easier for your friends (or "friends") to ditch you without even telling you — they just press "Unfriend" on Facebook and you might never notice. But the upside of the modern era is that whenever you do have a problem, chances are, there's an app for that — or in this case the Unfriend Notify browser extension, which tells you when someone unfriends you. Because it's always good to keep track of these things.

The extension is available for Chrome, Firefox, and Safari right here (just select your browser and click "free"). So when you notice that your total number of Facebook friends has gone down, you can then know exactly which of your Internet connections has abandoned you.

Is it that guy you haven't spoken to since your group project sophomore year? That friend of a friend whose request you only accepted because you thought it might be awkward otherwise? That second cousin who always feels the need to argue with you when you say anything remotely political? That old high school buddy who might be single-handedly responsible for Facebook's new satire alerts? Who knows. Oh wait! You do. Isn't it grand?

Especially if you're one of those people who has a...complicated...relationship with the people you know on Facebook.

After all, there are some pretty annoying people on Facebook (and hopefully you aren't one of them). And now that everybody's parents are on Facebook, it has definitely lost a lot of its appeal, since it's no longer a place you can just spend virtual time with your friends. And sometimes Facebook goes down for no reason. And then there was that time they announced they've been doing experiments on us like it was no big deal.

...but I digress. The point is that none of us could really live without Facebook at this point — how would we keep up with people? We'd have to actually — gasp — talk to them in person! And so it's nice to know who among your acquaintances has decided they no longer want to keep in touch with you.

Though I guess the downside is that de-friending people now carries with it a definitely element of risk. Do they have this extension? Will they see that you dumped them? There's no way to know...