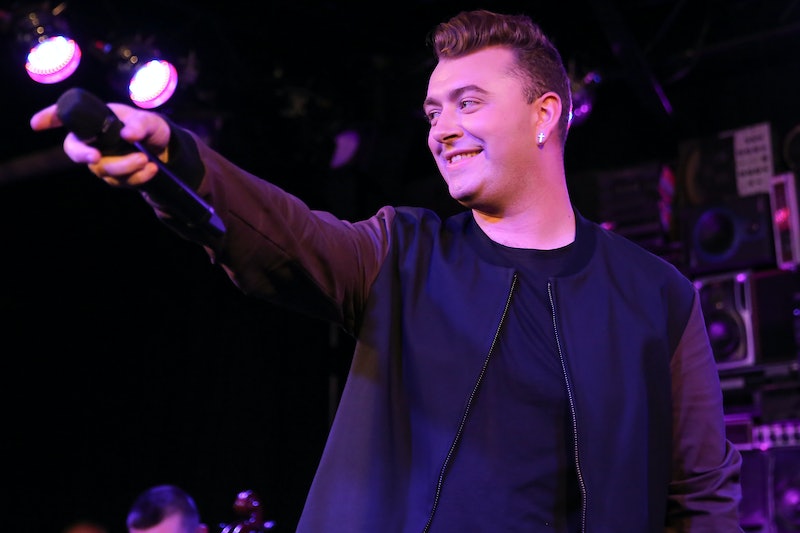 When you're an internationally performer and symbol of modern chivalry like Sam Smith, you had better bet that designers will be scrambling to outfit you in all manner of finery. So when Women's Wear Daily announced that Sam Smith's tour costumes were designed by Calvin Klein, the pairing seemed like a match made in heaven. Beginning the week of September 15 and covering territory from Boston to Austin, Smith's North American Tour is much anticipated by the Brit's loyal fan base.

At 22 years old, the singer has achieved the kind of dulcet vocal style that performers twice his age would be jealous of, and his closet exhibits the same kind of streamlined mashup of edginess and timeless style. Smith's looks were the brainchild of Klein's menswear Creative Director Italo Zucchelli, and revolve around a palette of dove grey, navy blue, steel, and black. In lieu of more experimental patterns, Zucchelli instead favored windowpane prints and checkered patterns, complemented by tailored but never tight silhouettes. Each look is meant to encapsulate Smith's unique aesthetic, but also that of Frank Sinatra, who he calls an inspiration.

In a discussion with Women's Wear Daily regarding Calvin Klein's forthcoming custom wardrobe, Smith called fashion a major component of his overall persona as a performer:

Fashion hugely influences my music. When I wrote my record, I had to think very deeply how I wanted to represent myself. I wanted people to focus on the music and I wanted my clothes to marry my music and work hand-in-hand.

Smith's insistence on keeping his clothing in harmony with his music is a refreshing change from the attention-grabbing getups some modern performers favor. Frank Sinatra would be proud indeed.