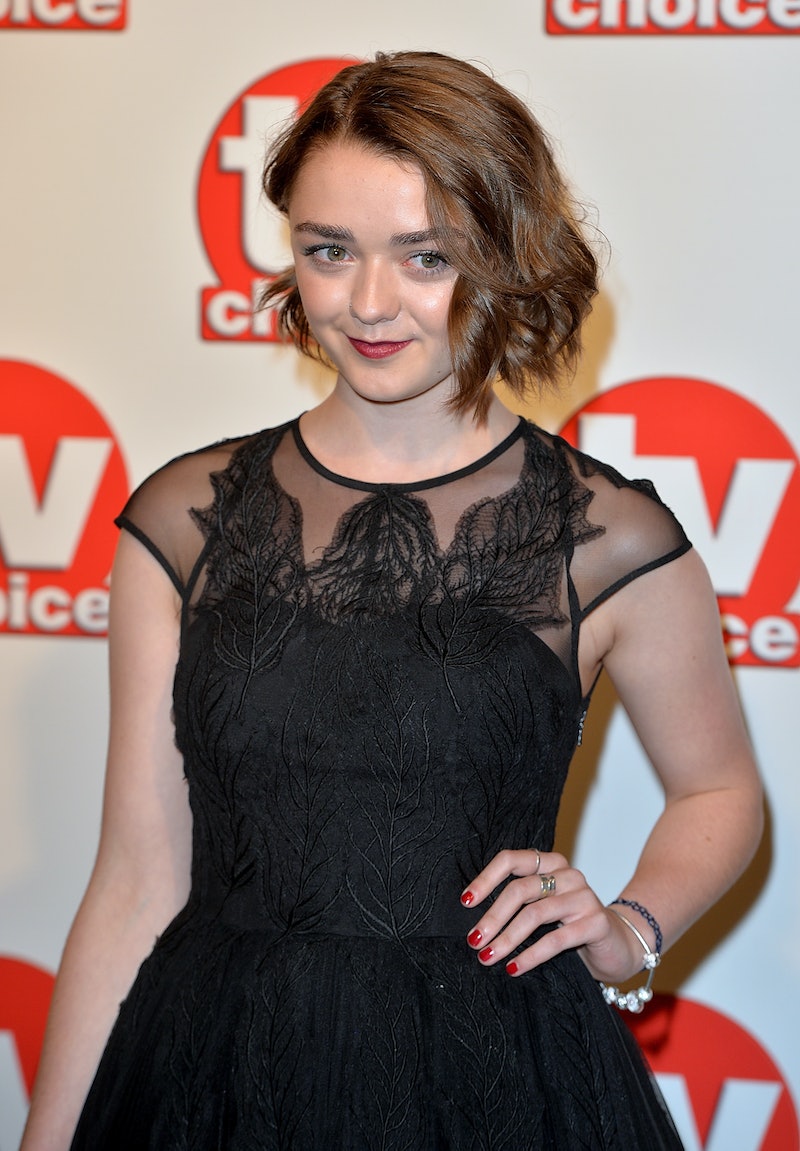 First things first: If you haven't seen ABC Family's 2011 made-for-TV movie Cyberbully , drop whatever you're doing and go watch it now. It's on Netflix, you have literally no excuse not to! Now, you should note, I'm not telling you to do this because it's good — quite the contrary, in fact, because this movie is the opposite of good. Everything that the word "good" means is missing from this film, which tried to take on cyberbullying in a serious and dramatic fashion, but only ended up giving us ridiculous, The Soup-worthy moments like this one. Don't get me wrong, cyberbullying is a serious issue that should be discussed, especially as people — teens in particular — are starting to live more and more of their lives online. So, I can only hope that Arya Stark manages to do just that in her next role: According to Uproxx, Maisie Williams will star in a hour-long TV special called Cyber Bully for the UK's Channel 4, and she'll be portraying a victim of cyberbullying and cyber-stalking.

From the press release:

Maisie Williams (Game of Thrones) is Casey Jacobs, a teenage girl battling with her anonymous cyber-stalker in a real-time thriller from the makers of Blackout. Casey is a teenager who experiences the worst the web has to offer – from peer-to-peer bullying to advanced computer hacking – and fights to overcome her ordeal.

I'm always a little skeptical about these Lifetime-sounding TV movies that only manage to scare people, especially parents, about the Internet world, rather than educate them or give them the appropriate tools to discuss the phenomenon with their children — but Channel 4 doesn't have a bad track record with these types of specials, and Williams has certainly proven her acting capabilities in GoT over the years. It'll probably be a little jarring when she doesn't just pick up a sword and badass her cyberbullies outta town, but I'm sure we'll all get used to it.