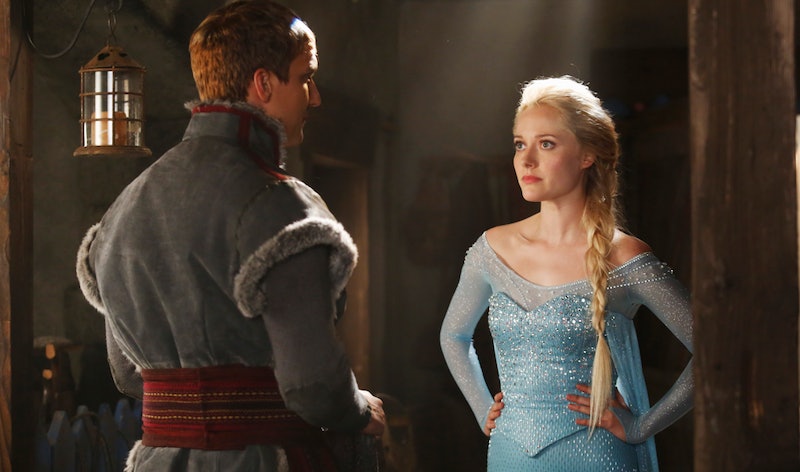 As we enter the 2014 fall TV season, we're gonna spend some time thrust back into the winter 2013 movie season. Frozen's been known to be coming to ABC's Once Upon A Time since last season's final moments, but now that we're actually tangibly close to the season premiere there's a lot more to know. So what exactly can we expect from this upcoming season — particularly the part that's trying to harness one of the biggest box office juggernauts in recent memory into the television realm?

A lot of interesting tidbits came out of Once Upon A Time head honchos Adam Horowitz and Eddy Kitsis' recent sit-down with TVLine. Among them:

There's a lot more about what's going on with the other OUAT characters and their complicated lives over in the TVLine rundown. While you go read that I will be taking bets on how quickly OUAT can squeeze in its first "Let It Go" reference.